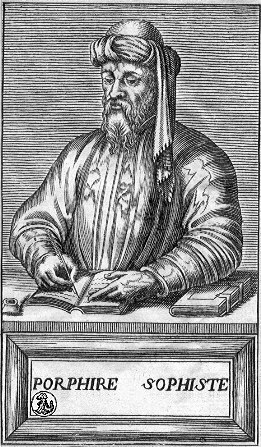 This morning I was studying the chart of a man who's in the news: Bruce Jenner, an athlete who is about to change gender.

In 'The Chart and Sexuality' I compared the charts of 5 transsexuals. I noted that:
1. all had the Sun strongly related to both Venus and Mars
Bruce Jenner's chart has Sun semi square Venus and sextile Mars.
2. 3 out of 5 had Venus in aspect with Pluto or in Scorpio and the 4th had Venus exactly trine Pholus
Bruce Jenner's chart has Venus trine Pluto and semi quintile Pholus.
3. MC or the midpoint AC/MC was in strong aspect with Sedna always
Bruce Jenner's chart has Sedna/MC midpoint sesquisquare Ascendant instead.
3. Pholus was either conjunct or inconjunct or semi sextile MC or midpoint AC/MC
Bruce Jenner's chart has Pholus/MC square the Ascendant instead.
I also wrote that a number of 5 transsexuals is not enough for statistics and that the aspects refer to problems and change more than to transsexuality.
There is also the fact that every change of gender has it's own specific story and chart. Bradley Manning (December 17, 1987) has Sun semi sextile Venus and novile Mars (with Venus half semi square Mars) AND Sun conjunct Uranus. Somehow, a Sun-Uranus aspects almost always mirrors estrangement, alienation, and being 'different' one way or another.

This is not 'just' the reading of the chart of Bruce Jenner. His chart and the position of Uranus reminded me of the years of experimenting with house systems (and deciding to avoid houses if possible:).

I read that this process started at age 60 and noticed that:
a. his natal chart has a perfect trine between Sun and Uranus (symbol of controversy, 'the news maker',  independence and change)
b. his progressed Sun was opposition Uranus at age 60
c. Uranus was in Placidus 9th house
and then I decided to change house system.
In the Porphyry house system Uranus is in the 8th house of sexuality. Right now, the progressed Moon of Bruce Jenner is in the 8th house, too.

I like the Porphyry house system because this system also puts the Mars in Scorpio of Bill Cosby in the 8th house instead of in 7 (nothing wrong with that 'an sich': Barack Obama's Mars in Virgo also moves to the 8th house in Porphyry's house system).

Wikipedia mentions about this system:
"Each quadrant of the ecliptic is divided into three equal parts between the four angles. This is the oldest system of quadrant style house division. Although it is attributed to Porphyry of Tyros, this system was first described by the 2nd-century astrologer Vettius Valens, in the 3rd book of his astrological compendium known as The Anthology.[ci"

The fact that there are so many house systems makes me think that there is no perfect one.  But for a number of reasons, I like this one.

Question: have you ever experimented with house systems? What about Porphyry?