Love and Venus in the progressed chart 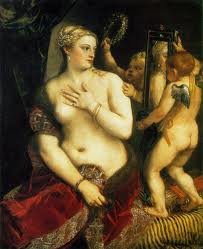 When love is in the air, love is in the sky above. This must be the conclusion when you see the examples of charts  in times of marriage or divorce. Venus is the symbol of love. And love has many faces. So it is not surprising to see all kinds of aspects with progressed Venus or progressed aspects with natal or progressed Venus when there are changes in love life, wether it is the beginning or the end of a relationship. (And of course: there are other astrological ways to get married, for example with progressed sunsigns changing).
These aspects don't mean that you need to fall in love or get married again. Venus-Uranus sometimes changes preferences and brings new pleasures and hobbies. Venus-Pluto sometimes points at a financial situation or difficult choices to make. And there are more reasons for celebrations (Venus-Jupiter) than a marriage...Here is a list of examples of progressed Venus or progressed aspects with Venus related to marriage, divorce and meeting the partner of your life. Continue to see them...

Also visit: Astromarkt.net for example the part about Love (with articles about matching, meeting partners and more...)
Geplaatst door Astromarkt op 11:26 AM

PS here http://astropost.blogspot.com/2011/08/coco-chanel-in-love-and-war.html you see the progressed Venus on Midheaven when Coco Chanel fell in love with a German officer.

Thanks for the good examples.

P.S. I wrote a program called StarLove which shows a person's progressions involving Venus, you can find it by Googling starlove synastry