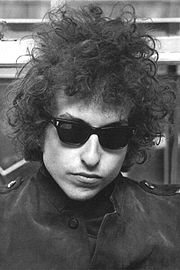 Singer and composer Bob Dylan received the Presidential Medal of Freedom, yesterday, for changing the lives of his pubic. It was a special day for him and we can see that in the chart, transits and progressions. Jupiter is inconjunct progressed MC and Pluto trine progressed Venus, for example. But where is the career, where is the talent and were are the successes in the natal chart?

First of all, Jupiter rises before his Sun and...Jupiter is the ruler of the Ascendant. Jupiter helps to bring us success, because Jupiter is the symbol of self confidence, faith and growth. When Jupiter has a prominent place in our chart, we can expect some of the benefits of Jupiter. Jupiter is also positioned between Sun and Moon of Bob Dylan.

The Sun/Moon midpoint in Taurus. As you may read on my site Astromarkt (link to the article) Sun/Moon midpoint in Taurus is:
Motivated by public attention or by the verb ' to have'. Highlighted materialism. The solid and true family member and partner. What it takes to keep them happy? Gifts, of course. Highlighted Taurus means you want and need to EARN something. That makes you 'in' for anything that promises profit. If Taurus is not the sign of your Moon AND Sun, you compromised the difference between your you and your needs by means of money or material.
Public attention is what he got and he earned a lot:).

Neptune is important in the charts of artists, as Neptune gives us inspiration, fantasy and dreams. Neptune is elevated in Bob Dylan's chart. When Jupiter and Neptune join forces, there is often a 'believing and devoted audience': fans and followers. There is also often a 'stage'. Priests and artists share important combinations of Jupiter and Neptune (and Jupiter-Neptune is also important in case of speculations, read this post.

Another key to his career is the position of Venus. Venus doesn't make a major aspect in sign or orb degrees. I name that a 'calling' Venus. It makes Venus important. With such a Venus you simply can't resist the call of entertainment, beauty, art and fun. Diplomats and artists often have an important Venus.

Now we have the Taurus Sun/Moon (public, money) and 3 important planets: Venus, Jupiter and Neptune. Together they are the combination of success (Jupiter) in the arts (Venus-Neptune) and/or of the fairy tale marriage:).  But there is more: Mercury!

Mercury rules the voice. Mercury is the messenger, the communicator and the singing bird. Mercury is angular in Bob Dylan's chart, spot on the Descendant and strong in Gemini. Mercury is also the final dispositor of Midheaven. This important Mercury tells us about the importance of using pen or voice.

TALENT
Most artists have the pattern of artistic talent in their chart (a combination of minor and/or major aspects between Moon, Venus and Neptune with Midheaven and spotlights on the corresponding signs Cancer, Taurus, Libra and Pisces). You can see that on Art&Astrology.
Bob Dylan has the Moon in Taurus and a Libra Midheaven. There is a minor aspect of Neptune with Midheaven (half semi square, 22.5 degrees). Neptune is trine Moon and Moon is still half semi square Venus (73 d minus 51.5 = 21.5).

1962
Watch the importance of Venus and Neptune in the progressed chart with transits in 1962, when he changed label and became 'Bob Dylan'.

The Astro.com chart is an AA rated chart. It means that there is no doubt about the hour of birth of Bob Dylan.