Mars-Saturn synastry between parent and child 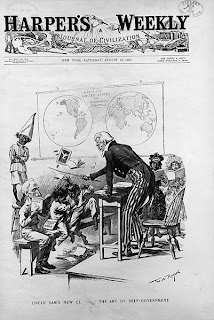 Mars-Saturn synastry isn't easy and sometimes scary. Mars-Saturn is about inevitable, obligatory action or inactivity. The drive for this action or inactivity duty, fear, age or caution. Mars is also about discipline. But it is hard to dose disciplinary measures with conflicts between Mars and Saturn. When the Mars of one person is in aspect with another person's Saturn, there is a potential death end and hard conflict between them that requires a lot of discipline to avoid trouble.


"So what if your Mars or Saturn is in conflict with another person's Saturn or Mars? Provided that you are not extreme personalities and driven by anger or violence, this relationship could be a longlasting one. However, with sometimes deadly criticism, perhaps. And maybe even the softer aspects end up in a cry: 'You ruined my life'!!!'
It takes a lot of fortunate indications (and a lot of Venus!) to beat the painfull aspects of the relationship."


You ruined my life… Sometimes this is what literally happens in Mars-Saturn synastry and I gave examples of it in the post that I  mentioned above.

But how about parents and children with a Mars-Saturn synastry? Here is a sad example that, I hope, is not exemplary.

I recently wrote about the Newton tragedy and the importance of Mars in the charts involved. Here is more about the synastry between Nancy and Adam Lanza. Nancy Lanza's Saturn is half sesquissquare (67.5 d) the Mars of her son and he killed her. Mars-Saturn is one of the aspects related to death ends. This potential Mars-Saturn anger also shows up in the square between her Mars and his.

Weapons are symbolized by Mars. We know now how her weapons were used against her. Mars-Mars synastry means fire.

The aspect between mother and son Lanza simply means that on the day that Adam Lanza was born, transit Mars was 67.5 degrees away from Nancy's Saturn.
More mothers and their children have a Mars-Saturn synastry. It must have been hard labor to give birth on that day. The nature of the aspect in the Lanza-synastry is of a frustrating kind.

I have an example of a mother and daughter with 67.5 degrees between the daughter's Mars and the mother's Saturn. When she was a child, the daughter had been beaten and forced to do a lot of domestic tasks by her mother. There is a constant hidden anger about that and the daughter even consulted a psychologist in order to deal with her anger. From time to time they break up and don't see each other for years. The mother still thinks that being a disciplinary mother was the right way to be. So in this case, the Mars person was hurt.

I have another example of son and mother with his Saturn quindecile her Mars. She never hit her children. He never hit her. Giving birth was rather painful. Both have an important Mars and Saturn in the natal chart. Maybe they practice counting to ten...

A third example is of a daughter and her mother with the daughter's Saturn square the mother's Mars. No harm done, between them, but the daughter always knows how to act like a parent...

There are many ways to express a Mars-Saturn synastry and perhaps also many ways to not express it... It all depends on the charts, the situation and culture. There is no astrology aspect that mirrors some kind of a 'fate'.

As I said, it takes a lot of Venus to conquer Mars-Saturn or to ease Mars-Mars. There was a lot of Venus between the charts of Nancy and Adam Lanza. Newspapers mention that he was part of a loving and caring family.

a. Nancy Lanza's Venus was inconjunct Adam Lanza's Sun. An inconjunct of Venus mirrors an overdose of love, not balances feelings of sympathy and eventually the risk of loss of love.
b. There was also Venus quindecile Venus between them (an obsessed mutual love). It was not that there wasn't any love.  It looks like there was almost too much of it.*)


- THIS WAS AN EXTREME EXAMPLE

Mars-Saturn and Venus-Saturn synastry is not uncommon in the interaction of charts of parents and children. It rarely leads to murder. But Adam Lanza was not a normal young man. He had mental problems. He also was in a difficult and challenging stressful period in his life (P Sun opposite Pluto).


- MORE ON THE PROGRESSED SYNASTRY ADAM-NANCY

In the post about Adam Lanza and the importance of Mars in the chart of the shooting and in the chart of the shooter I mentioned the progressions and transits. His progressed Sun was on an estimated 22.8 degrees Taurus opposition his natal and progressed Pluto. This difficult progression hit his mother's chart.
Adam Lanza's Progressed Sun and Pluto were square his mother's Uranus and semi sextile his mother's Mars. Mars, Pluto and Uranus in a combination are a dangerous trio. Sudden use of violence is one of the ways to read this combination. Dramatic change with aggression is another way to see Mars, Uranus and Pluto together.
It was a dangerously tense situation. Adam Lanza was born with mental problems. And his mother had a collection of weapons…

The Sun, on the day of the tragedy of Newtown, was in the 23rd degree of Sagittarius. That is inconjunct the progressed Sun of Adam Lanzo and inconjunct his mother's Uranus and semi sextile his mother's Mars. That made it even more of a nervous day for her.
Nancy Lanza's Progressed Sun was on 5.5 Scorpio. That is inconjunct her son's Mercury and semi square her natal Mercury. Mercury is the symbol of contact, interactions and communications. It seems that there was a problem in understanding each other as if they were speaking on different levels.

The hours of birth are unknown. That means that a lot of the chart is unknown, like the position of the Moon, the midpoint sun/moon, the Ascendant and Midheaven, the angular positions and more…
But the synastry of the charts of the days of birth of mother and son shows a potential for hard conflicts, together with unbalanced love of two persons.

PARENTS AND CHILDREN WITH MARS-SATURN SYNASTRY

Mars-Saturn synastry between parents and children aren't always this hard. But I wonder if it would be wise to keep a certain distance when this Mars-Saturn synastry pops up between charts, especially when mother and child are adults. Time, responsibility and age or respect might be a barrier for anger and aggression for some time. But there will always be a potential for hurt and pain between the two, from the start and in the end. So if you and your parent or you and your child have a Mars-Saturn synastry: take care. Try to avoid long lasting conflicts. Try not to hurt each other to hard.

You can't turn back the clock and have your child on a day without Mars-Saturn synastry. With Mars-Saturn you have to learn how to deal with trouble, I guess. Parents and children in such an astrological situation need a lot discipline to avoid trouble...


Question:
Any ideas how to avoid hard conflicts in such a synastry?

*)( In fact, the example that I have of Venus quindecile Venus is also a tragic one about the love of a French woman for a German officer in World War2 (read: http://astropost.blogspot.nl/2012/08/venus-quindecile-venus-obsessive-love.html )

I found an interesting article  on Angelfire about Mars-Saturn synastry, including OJ and Nicole here:
http://www.angelfire.com/sd/binah/ojnicole.html

Also visit my site Astromarkt.net for example about Mars-Saturn aspects.
And see the Newton charts in the earlier post or  the post about Mars-Saturn synastry (http://astropost.blogspot.nl/2011/01/mars-and-saturn-in-synastry.html)

My girlfriend calls it the 'wet blanket' aspect when someone's saturn challenges someone's mars. however, my hairdresser's saturn conjuncts my mars, and it works well. She helps me to be precise and figure out what is best for my hair. I've had relationships with saturn square mars in the synastry....those didn't work out so well.