The importance of Mars in the Newtown tragedy

This post is about the tragedy in Newtown and the charts of the shooting and the shooter. 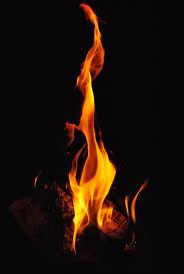 Mars is prominent, because Mars doesn't make a major aspect in sign or orb 5 degrees. That makes Mars 'calling' (read: aggression and action at any kind of level taking place). Saturn is elevated. Together Saturn and Mars illustrate the theme of discipline, death and ending energies. With Mars and Saturn prominently in the chart, we are to face difficulties (use link for more on that aspect).

Mars is also prominent in the chart of the shooter. Mars rises before his Sun (and before the inner planets). Mars is the orientational planet. When Mars rises before the Sun, there is a focus on action, producing, activism, using energy, aggression, male issues and muscles. (See: http://astropost.blogspot.nl/2009/04/mars-oriental-outer-planet-rising.html )

Here you see the natal and progressed chart of the day of birth of the shooter, Adam Lanza. There is no time of birth available, but it is clear that whoever was born on that specific day has problems right now.
1. Progressed Sun is opposition Pluto. This confronts a person with cases of life and death, threats, danger and authorities. There is stress, there is pressure.
2. Also, there is Transit Pholus with natal Mars. This tells us about a turning point in energy and drives. 3.Transit Saturn quindecile (obsessive 165 degree aspect) with the Sun mirrors an extreme focus on endings, blockades and barriers. It is a very depressing aspect, that makes it hard to see the brighter sides of life.

The combination of the availability of weapons, the tendency to act/do something (Mars rising before Sun) and the times of troubles (Sun-Pluto, Saturn-Sun) were some of the keys to destruction and tragedy for the victims, their parents and family. The individual chart with time of birth might hold more clues.

URANUS-NEPTUNE: the hype
Many astrologers have already pointed at the tight conjunction of Uranus and Neptune in the shooter's natal chart. This so called generational conjunction is square Eris (symbol of discord) and semi square the important Mars. Uranus-Neptune is the combination of the media hype. Maybe the tales about the eve of destruction and doomsday attributed to the events.

PS
The brother of Adam Lanza, who also has Mars rising before the Sun, lost his mother and brother and even was a suspect for a while. With Mercury tightly square Neptune like in his chart, you are easily to become a suspect. See: http://astropost.blogspot.nl/2011/08/suspicious-aspects-re-west-memphis.html

LINK
http://astropost.blogspot.nl/2012/07/mars-uranus-pluto-neptune.html
When I studied the charts of the moment of the deathly shooting incident in Aurora, Denver and the positions of the day of birth of the shooter (December 13, 1987). I noticed that in both charts there is a narrow aspect combination of Mars-Uranus-Pluto. Also, in both charts Neptune is 'calling'*)! This coincidental correspondence happens to reflect what happened...
There is a quintile between Mars and Uranus in the chart of the shooting in Newtown and Pluto is square Uranus.

Mars calling is interesting. Besides that shooting, I noticed lots of other new events regarding violence around the same time. Even now, i see that Mars is still calling because its not aspecting any planets. Perhaps this is a mars calling 'time'.....when the moon aspects mars its a time out perhaps, but right now, Dec 21, Mars isn't aspecting anything in the latitudes, although it is in the declinations. Does that make a difference?

Hi Barb, thanks for your comment! I use the lattitudes only and didn't include declinations and don't know if there were any on that day.

You are right about Mars still being 'calling' (no aspects in 5d orb or in sign). It means drives, energy and aggression at any possible level, some, anyhow. Those born now might be workaholics later.