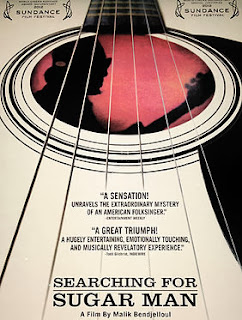 Yesterday I watched a documentary about the search for Sixto Rodriguez, a singer and guitar player unknown in his own country but famous in South Africa, where he ‘sold’ as many as a few million records without any payment. American and South Atrican cooperation led to Detroit. After they located the singer, they found that he worked for a  demolition company and had given up all aspiration after being fired in in the early 70s. He had given it another try in Australia, in 1979-1981 (together with the Midnight Oil) and then continued ordinary life. Unfortunately his alcohol addiction kept him from real success, again.

This is the chart of his day of birth, July 10, 1942 in Detroit, where he still lives. The astro ID is clear about it:

COME BACK WITH SATURN

The amazing thing is that when he had his concert in South Africa in March 1998, transit Saturn was square his natal Sun, transit Jupiter was square Saturn (natal Jupiter is semi sextile Saturn) and transit Pluto inconjunct his Jupiter.  Pluto inconjunct Jupiter points at disproportional success (without getting rich, in this case). Jupiter-Saturn is an effort for late success. Saturn-Sun talks about endings, goodbyes, restrictions, walls, shortcomings and criticism instead of living happily ever after. Anyway, it is because of 'Searching for SugarMan' that I heard about Rodriguez. Maybe he was TOO modest?

There is also transit Uranus inconjunct progressed Sun. That is the aspect combination of his natal chart (Sun semi square Uranus). 'Resonating' transits like this (and Jupiter-Saturn, see above) mark an important moment in his life/agenda. But, it is an inconjunct. He may have looked ‘cool’ and happy on stage, but there was something uneasy or nervous about it (it was sudden, shocking, strange!).

Nevertheless: transit Jupiter trine natal Jupiter helped to get him and his family members to South Africa and have a good time.

AFTERMATH
The documentary said that Sixto Rodriguez continued to work as he did, in Detroit and what he earned he gave away to family and friends. Wikipedia in Dutch says that his performances in 2012 and 2013 failed due to alcoholism. The English version mentions an honorary doctorate in May 2013. But it is certain that he receives royalties from now on...

It would be great to know the hour of birth to see what the chart has to say about this strange career!

http://en.wikipedia.org/wiki/Sixto_Rodriguez Wikipedia about the life of Sixto Rodriguez