Europa's birth chart and the elections 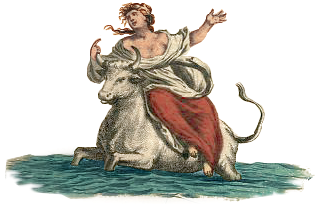 There are elections in Europe in May and we will know the results after 10 p.m. (8 p.m. UT) on May 25, 2014, with Mars conjunct MC inconjunct Neptune (wasted energy…). There is a number of important moments for ‘the birth of Europe’, but after seeing the interaction between transits and events I think that the chart of the day that the Treaty of Rome came into force (January 1, 1958) is the real one. Studying the charts of important moments of the history of the European Union I came to the conclusion that there are no astrologers in Brussels. They manage to choose bad days for ment to be great moments.

The 1958 Treaty of Rome has Sun inconjunct Uranus in the natal chart and right now Progressed Sun inconjunct Progressed Uranus.The January 1 Sun has been subject to nasty hits of Uranus and Pluto so that the European Union fully participated in the crisis.

The Euro was introduced on a day with Sun inconjunct Saturn. If any aspect makes you fall of your pedestal, it is that one!

The Treaty of Lisbon’s Saturn was inconjunct the progressed Sun of Rome’s Treaty at the time of the ratification, mirroring the depression of 2009. The same Saturn was conjunct the Neptune of the Maastricht’ Treaty.

When the members of the European parliament first got together, the Sun was inconjunct Neptune, as if to illustrate the fading ideals, the illusions and the negative press that they would get in the future.

EUROPE’s BIRTH CHART
Let’s say that January 1, 1958 is the day of birth of the European Union. The chart has a very important Saturn, rising before the Sun and without major aspects in sign or orb 5 degrees. This ‘calling’ Saturn points at the importance of the State and of the past and of structure, while the Sun inconjunct Uranus mirrors an overdose of tension and change. Or is it a signal that the nature of the Union doesn’t match the nature of Independence, Freedom and Equality? It is also a sign of ‘being too soon’.

EUROPE NOW
The tension of 1958 has his follow-up in the progressed chart with Sun inconjunct Uranus. Again, Europeans consider the Union as a ‘stranger’, an outsider who wants to reign sovereign countries. It is in the nature of a Union of sovereign and sometimes completely different nations, perhaps.

The 11th degree of Capriocorn has been hit by the Uranus-Pluto square in 2012 and 2013, but we can see the light at the end of the tunnel. However, transit Neptune will be conjunct progressed Sun in 2015. It is a very undermining aspect that will be accompanied by the inconjunct Sun-Uranus.

ELECTIONS
No matter who chooses what, there will be a Europe after the elections and not much will change anyway. Not now. In 2018, when the Treaty of Rome is 60 years old, Saturn is conjunct the Sun and the progressed Sun will be inconjunct natal Uranus. That is a serious sign to end this post with.