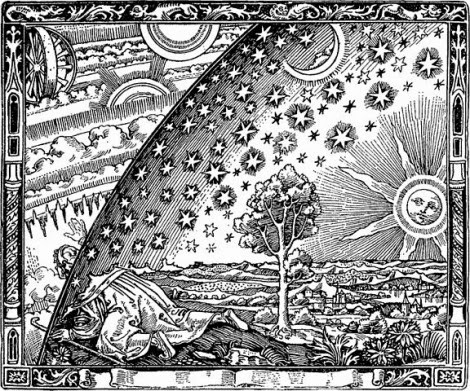 On March 16 Uranus will be square Pluto for the last time since 2011, but this doesn't mean that there will be no more tension and world peace danger after that. It won't be more, that is a fact. The spring chart (the astrological new year's chart) will still have Uranus-Pluto's square within a 5 degree orb and it will last until 2018 to finally fade away. Uranus-Pluto will hit the chart of Vladimir Putin again this year, but won't be exact in Barack Obama's chart. The crisis is getting less in the USA and stronger in Russia these days, in line with the leaders' charts. The charts of the NATO and EURO, however, show difficulties in February/March 2015. It will be tense in Europe. How about ISIS? I don't know. I hope that they will be defeated in the end, but when I see what happens with the Taliban in Afghanistan, I have my serious doubts that there will ever be peace as long as fanatics want us all to surrender as if we live in the books of Tolkien.

Predictions are like advanced weather reports. It depends on how you live and who you are wether the weather will effect you. For example, King Philip of Belgium had his progressed Sun inconjunct Saturn. He enjoys his Xmas holiday, while there is criticism because of the way of transport (a military plane) in times of reductions on the military budget (this in times of world wide tension...).  Predicting the future is like in that picture above: trying to have a look into another world, that of 2015. It is simply an astrological weather report and sometimes there isn't much that you can do to stop the rain from falling. However, an umbrella helps a bit.

I don't do sun sign predictions. But I do have a message for those who are born on certain days. It is about Uranus-Pluto and tension.

Those who may need strong nerves are born between January 3 and 7, April 2 and 7, July 4 and 9 or October 6 and 11. They are not alone. If your birthday + number of years happens to be one of these data, you might also have to deal with a tense year.  If your natal or progressed Ascendant or Midheaven or midpoint Sun/Moon is in the 13-17th degree of the Capital signs, you may also be looking forward to unexpected problems and changes. Don't be afraid, because if you take care for yourself and your safety and if Uranus-Pluto is not important in your natal chart, it won't effect you in person.

Let me tell you about the good news of 2015.
Jupiter moves between 13 Leo and 24 Virgo. Those with a birthday between August 5 and September 16 are likely to be helped, to move forward or to be happy in 2015. If your Ascendant or Midheaven is in those degrees of Leo and Virgo, you may feel the beneficial effect. It might be a remedy, someone to assist you or a trip...

Sagittarius born between December 4 and 22 has a beautiful aspect to look forward to: Juputer trine natal Sun. I was born on December 12 and if I am righ, I will enjoy this on 19/20 January and June 21 2015. Positive things come with Jupiter. I hope it is true.

Serious in 2015
Saturn will make you alert if you were born between November 20 and December 3. With a birthday between August 21 and September 4, you could be confronted with mistakes, debts and limitations somehow or have to say goodbye to a situation or person. This might also be the case for persons with any point in the chart between 29 of the fixed signs and 12 of the movable signs.

Funny 2015
Venus in 2015 moves from the final degrees of Capricorn to the first of Sagittarius. This doesn't mean that Sagittarians won't have any fun next year. That is because there are more positions than the Sun in your chart, because there is a progressed Sun in Capricorn or Aquarius and because there are trines. Venus' trines will hit my natal Sun 3 times and there are 21 moments of fun as far as I know, without counting my birthday, Xmas and my progressed birthday (I celebrate my birthday + number of years = number of days:). Read about the many happy moments in a year..They are like lit candles in the darkness.


Venus is for fun and seldom symbolize big changes when she passes bye as Transit Venus. But she is great for a visit to the hair dresser or to meet nice people.

As people are not signs and signs are not people, and as a person born on your birthday won't have your life (or death), it is clear that there is more than an astrological weather message to get a full picture of your situation and feelings in 2015. You need a birth time and place to make a chart. But you also need to know your condition and situation (age, gender, social position, country, genes). We are complicated and so is the world. It helps to make the world better, because it would help to change the meaning of transits like those of Saturn. In the Middle Ages, if you were at the wrong place and time, you could loose your head with Saturn on MC and as it happens, so it is in certain parts of the world today. Change that and Saturn's symbol will change so that it just means that your position makes you worry (a bit) about responsibilities, guilt, mortgages or people's criticism. Let's support all those who try to keep and make the world a place to love.

It seems like a "Libra" feast! Sort of. More like a cardinal "feast".
Transit Venus will be conjunct, that day, my natal Mars and transit Mars very close to my natal Chiron.

Career changes? My standing in the world changes? (Suddenly turning into a best seller writer, lol! That would be nice!).
It's less than 3 months away. I'll wait and see...

Will do! (But please remember me if I forget.)

I have a fracture in my foot which is taking too long to heal (and suddenly I feel like Chiron, lol).

Hello. Thank you for the reminder!!!

I was in my father's town, with no Internet, I was there for 2 weeks and returned today (writing a book, book not yet finished...). I went the 15th of March. And... nothing happened. Pretty much was there, writing and that's it!

Sometimes it's something simple!