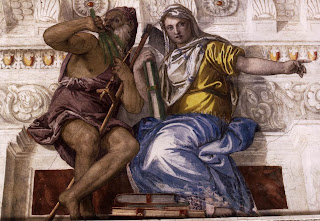 What is Mars-Saturn about? Quoting myself:
inevitable, obligatory action or inactivity based upon duty, age, fear or caution. Sometimes Mars-Saturn refers to a healt problem.

Heroes have Mars-Saturn aspects. Soldiers have it. I wrote about Mars and Saturn before (see the label or go to Astromarkt to read it). But what does Mars-Saturn do in the charts of musicians? I have two examples.

In this blog I wonder if Mars-Saturn conflicts mirror a  flirtation with death or 'walking on the edges'.   I wonder if Peter Doherty*) is an example of that. And I worry a bit about the Mars-Saturn aspects in the chart of David Bowie.

PETER DOHERTY
Peter Doherty is an example of a conflict between an important Mars and an important Saturn. (Saturn is the apex of a Yod with Venus and Mercury; Mars rises before his Sun). Mars is also opposition Saturn. That means that the theme of Mars-Saturn (the end of all energy or the discipline of how to use it)  is the main issue in his life. I found another famous example of an important Mars-Saturn aspect: David Bowie with Mars quatronovile (160d) Saturn. Both artists have Mars rising before the sun. They are do-ers.

Now watch the chart of David Bowie. He sings that we could be heroes, just for one day. I remember 'Merry  Christmas, mr. Lawrence' where he acted as a hero. For many of his fans, he IS a hero. And yes,  there is a minor aspect between an important Mars and an important Saturn in his chart, too.  It is a quatronovile, for cheerfully coping with difficulties and setbacks.


There is also a Mars-Saturn activity in progressions and transits now. There have been rumors about his health on the internet and on twitter. His wife says that he is OK. His chart says that Transit Saturn is sesquisquare his progressed Mars and inconjunct Progressed Sun right now. Progressed Mars and Progressed Saturn are getting closer to an inconjunct in the next years. The issue of discipline gets stronger as he gets older.


All that doesn't mean that there has to be clear and present danger right now. I have experienced a few transits of Saturn square my Mars and I didn't feel OK, but I didn't die, either. This transit ' only ' blocked my energy and activity and I felt that. In the chart of Bowie Mars-Saturn (discipline, restricted energy) is a theme, so the present transit and progression might be of importance. If only because his fans worry about him. But, there are also rumors that David Bowie will be singing at the Olympics! And that the biographies about him will be good for selling songs. Maybe he is just gathering some discipline to be able to perform? We'll hope that he overcomes the Mars-Saturn limitations and hopefully see the act!

PS
I searched the internet to find news about Bowie and found Mick Jagger, again (he has a conflict with transit Pholus and his sex life is being highlighted all the time). They appear to have had a long lasting love affair when they were young (see: http://zeenews.india.com/entertainment/bookworm/mick-jagger-and-david-bowie-s-love-affair-revealed-in-new-tell-all-book_2407.htm )
Transit Uranus is now square Bowie's Ascendant/MC midpoint. He is news!

*) Peter Doherty spent time in prison, and the latest news reports imply that it didn't help much to stop the addictions. He spent a few weeks in a clinic in Thailand in vain. With Mars-Saturn discipline and dealing with limitations and barriers is a big deal. However, he managed to work in those years, to produce albums and to write. That requires at least some discipline.
BTW Isn't it interesting that his first real job was digging graves? And that his father was an army officer? It is very Mars-Saturn (the army and work related to endings).

LINKS
On my site Astromarkt, all about Mars-Saturn...

I wrote about Doherty before, here on Astropost.

http://astropost.blogspot.nl/2010/04/mars-saturn-and-slapping.html In this blog I show examples of the issue of slapping and Mars-Saturn

http://astropost.blogspot.nl/2010/04/bobby-brown-lives.html
Bobby Brown has Mars inconjunct Saturn. He is addicted to drugs, too and was the husband of Whitney Houston. She left him because of violence.

http://astropost.blogspot.nl/2010/02/synastry-brown-blair-mars-inconjunct.html
Mr. Brown and Mr. Blair didn't like each other much. Is the Mars-inconjunct- Saturn- synastry to blame?

I've got transiting Saturn inconjuncting my natal Mars right now.....exact in a few days, and I've done something weird to my foot so I can't walk! It's the bones. Saturn rules mt 6th ( as well as structure), and Mars is the ruler of my Aries Sun. Talk about restriction!