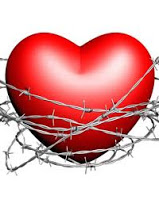 There is much commotion about the extramarital affair of general David Petraeus and the author of his biography: Paula Broadwell. She was his protege (his Jupiter opposition her Sun). A look at the astrological positions of their birthdays shows us that their love affair was a matter of Venus-Saturn. Venus-Saturn aspects are in their charts and between their charts.

1. Paula Broadwell's natal chart has a minor aspect between Venus and Saturn in the natal chart (112.5 degrees, square and half semi square).
2. David Petraeus has Venus sextile Saturn.
3. Paula's Saturn is opposition his Venus.
The Venus-Saturn issue manifested in their relationship.


Both David Petraeus and Paula Broadwell have a Venus-Saturn aspect in their charts. They share a Venus-Saturn aspect and a Venus-Saturn experience. Quoting myself:
" Venus-Saturn: staying together as long as possible because love is a serious thing. And if you break up (possible with conflicts and supported by more indications) the pain is long felt."
Venus-Saturn is about:
- keeping up appearances in love
- everlasting ... uh....love?
- marriage of convenience
- love hurts (especially when you are young)
- the hard side of love
See http://www.astromarkt.net/saturn-in-love.html )

With Venus-Saturn there are children, a mortgage, parents, matters of status or other reasons for NOT separating and staying together, sometimes long after love has gone. A marriage of convenience, from the start or in the end, is often reflected by Venus-Saturn. What is decent and what will 'they' say? That is the question for Venus-Saturn. Guilt, tears, remorse and hurt loved ones are around those who face the facts of a Venus-Saturn aspect combination when the marriage or relationship fails.  Venus-Saturn is for when love hurts (you or your loved ones) and when affairs are painful.

PS Her Saturn is also inconjunct the Mars of David Petraeus. Mars-Saturn relationships CAN hurt.

LINKS
David Petraeus used to be a general with a lot of success See why: http://astropost.blogspot.nl/2008/09/general-petraeus-his-chart-and-his.html

About Venus-Saturn when you are young on Astrology-love-romance.blogspot.com

Actually, they both got eclipsed...he's born nov 7th!!

Thanks for the input! You think that eclipses are valid when they occur AFTER your birthday and the events happen before the eclipse?

Yes, the eclipse is within orb of their sun, so it has to affect it. And also simply because that person's Solar Return chart has the Sun being eclipsed....or at least within orb of it.