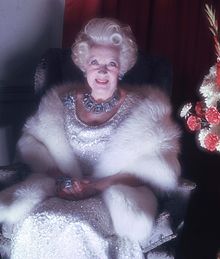 Using a certain self developed method helps you to analyze natal charts. I think that my method quickly shows the most important qualities of a chart. This blog is about that method. I also published it on Astromarkt.

Almost 4 years ago I published about the method in "4 steps to read a chart" and I used the chart of Sir Winston Churchill as an example. In the following years I learned, and now I use 3 (giant) step: Astro ID, character and 'special patterns'. Sometimes the first giant step is enough. Let me show you what I mean. You'll see that you get a clear picture of that difference, almost immediately.

- the planet without major aspects like conjunct, sextile, trine, square and opposition within 5 degrees of orb or within sign. That planet is 'calling!' (drawing our attention and working at any possible level). The 'calling' planet is the most important prominent planet.
- angularity: the planet in a sharp and narrow angel with the Ascendant-Descendant line (conjunct, opposition or square) and the planet on Midheaven. Those are the cornerstones of the chart.
- the planet of orientation: the first (outer) planet rising before the Sun (that is the planet that you see first when you move your finger from the Sun clockwise). Skip Venus and Mercury (unless they are important because of another indication here).

There is at least one important position in your chart! If you have more than 3, it will be more difficult to focus.

HITLER: Sun and Uranus are calling, Mercury is angular = crucially rising before the Sun...That tells us that we deal with a : controversial - URANUS - communicator - MERCURY - and leader - SUN -. or someone with controversial opnions that are being noticed.  Jupiter rises before the Sun. He is a controversial leader with an international orientation and oratory skills.

CARTLAND: The Astro ID shows a lot of prominent planets here, too. Venus, Jupiter and Mercury are calling! and Neptune is rising before the Sun. She has Moon, Jupiter and Saturn angular.

(You immediately see the Moon-Venus-Neptune prominence and realize that there could be some sort of artistic talent in the air, but maybe not art because there is no connection between Venus, Moon and Neptune).

Most important is Mercury-Venus-Jupiter combination 'calling', of course. It is a statement for successful and talented writing/talking, sweet stories etcetera, or for example for a popular (Venus-Jupiter) author (Mercury).

The difference between Hitler's chart and that of Barbara Cartland is obvious. The first chart shows a will to be special, a leader, someone who changes the world at any possible level. The second wants to talk or write nicely and kindly. That difference added with the circumstances (he a man, she a woman, he poor, she rich) makes a lot of difference.

!Not so well known people have important placements, too. They use them at any kind of level. The fact that their are a number of important placements doesn't always mean that the owner of that chart is a VIP. It is more that your see the main issues and the most important qualities! 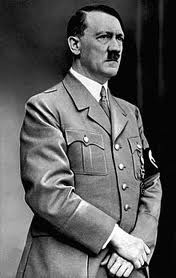 Sometimes one step is enough, like with the charts of Adolf Hitler and Barbara Cartland. The first one brought  us destruction and war, the other one romance... You could stop here (and come back tomorrow) because you just found the essential information in the chart. The Astro ID gave you just as much information as their official pictures do!:)

Continue for the second and third step on Astromarkt: http://www.astromarkt.net/chart-analysis.html

ONE MORE LINK
I decided to use other examples this time, but if you want to go back and see Churchill and the 4 steps to read his chart, here is the link...