Sun in a starring role 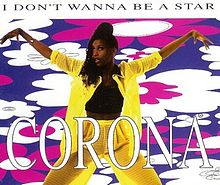 The Sun is a star. When you have an important Sun, you may want to play the starring role. I wrote about the dominating sun before and gave examples of people with a 'calling' Sun.
(a Sun without major aspects in sign or orb 5 degrees), like:
- Roseanne Barr (see the chart and the story on my other blog, Art&Astrology,
- Adolf Hitler,
- Hillary Clinton,
- J.F. Kennedy,
- John Lennon and
- Youssouf Islam (Cat Stevens)

They and many others will want to draw attention or be in the center of it all, anyhow, somehow. They will be the leader (of the band) or the star. When you are born with the sun in a starring role, you will shine and be in the spotlights even as a minister. Jim Bakker also has a 'calling' Sun. He drew attention! So had Mao Tse Tung (Mao Ze-dong). His dictatorship was in the natal chart: calling Sun quintile Saturn for the creative way to be the sole leader at any possible level.

There are more ways to draw attention than just by being you, being proud and showing leadership (or being bossy:). With a Sun on the Ascendant you won't enter a party unnoticed. A conflict with Uranus will certainly cause upheaval sometimes. Neptune may be so confusing that a person with (temporary or natal) conflicts with Neptune almost certainly will be subject to gossip. A Moon in Leo will draw attention, by having the manners of a queen (or king). The Leo Sun and Ascendant naturally show off:). And a Leo Sun/Moon midpoint is very motivated to be in the center of attention, too. But no one will manage to be the star, as there can be only one in our solar system: the Sun.

You need not be a star or a leader when you have a 'calling' Sun, but people tend to see you. Leadership doesn't acquire a 'calling' Sun, always.  Bill Clinton was the leader of the USA and his Sun is sextile Jupiter and not angular. George W. Bush has the square between Sun and Jupiter. The present President of the USA is Barack Obama and his Sun is square Neptune. It takes more than 'drawing attention' to become a leader and to become one, you don't need to draw attention all the time or be a star (in whatever).
However, if your Sun is 'calling' you may want to be 'on stage' somehow, anyhow, even if your sun is in a modest enough sign.

When two persons with dominating Suns meet, one of the two may have to surrender. It is like two Alpha wolves fighting for leading the troop! This is especially nasty if there is no other place to go, or if you are married to each other. Who is the boss?

Also visit: Astromarkt.net for example about the Sun, Moon and planets or AC/MC without major aspects: http://www.astromarkt.net/unaspected-planets-and-missing-elements.html

Ironically, it was Kerry star Dara O'Cinneide who played a starring role for the challengers. Sun, News of the World (2000). No, not a walk-in part on Joey, but a ...