Chart d.o.b. and the 2015 of Forecaster Martin Armstrong 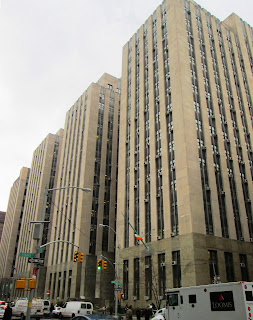 Martin Armstrong is a financial forecaster who developed his own system based on history to predict all time highs and lows, and crisis in nations. Although it is common knowledge that results from the past don't guarantee those of the future, I am interested after seeing The Forecaster (http://forecaster-movie.com/en/the-movie/ )

He forecasted a problem with the states debts in October 2015 (a close down) and - in 2014 - he saw indications for a world wide war and/or the fall of Europe after clashes with immigrants. It is not hard to predict problems in Europe, but ... in February 2014 there weren't those amounts of immigrants to house, feed and more, like today. It is a migrant crisis (see Wikipedia), during Neptune in the first 10 degrees of Pisces, like the Migration Period of 376 (see: http://www.astromarkt.net/astrology_to_study-html/neptune-in-pisces-html/ )

How are Europe, the USA and Putin doing today according to the charts?

Shortly, transit Neptune will hit the USA Progressed Sun as well. Neptune always offers mist and obscurity, if there is no strong ideal to 'go for' (and end up in the mist as well, sometimes:). So, the 'stars' aren't favorable. But we can all see that.

Neptune is all around. I mentioned this before here http://astropost.blogspot.nl/2015/09/syria-merkel-germany-and-astrology.html and I quote myself:


...The chart of Germany (United Germany, October 3, 1990, Berlin, zero hours) has transit Neptune in Pisces inconjunct the natal Sun in Libra. That is exactly the kind of aspect that makes it hard to deal with all the Neptunic things such as refugees, the sea, idealism, beliefs and the media. This aspect demands clarity, openness and open eyes when there is little balance and too much confusion. It is hard to do. The chart of the leader of the nation is in line with that.

As Angela Merkel's Progressed Sun is in the 24th of Virgo, quindecile (165d) transit Neptune, there will be a strong focus..


Martin Armstrong however, will see Jupiter trine his progressed Sun later this month, just like in 1989 when he forecasted the all time high (going low). There is no time of birth available, so that all I can tell you about his chart is this:

Well, time will tell if the system of Martin Armstrong can forecast major problems like wars and crashes always or if those who have been warned will be able to prevent this or...that it is just speculations. I'd rather believe that...

PS The picture is of the place where they kept Martin Armstrong for 7 years without sun or rain on his face, trying to make him give away the source code of his system (according to the movie). From the way that he has been treated you can tell how scary it is for some people if a person can really 'forecast' the future of those in power and with money.