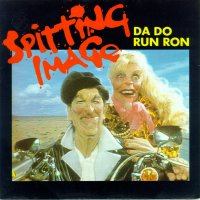 Neptune is the symbol of what is imagination, unreal and ' just an idea', like in pictures and movies.  Wax figures appear to be real at first sight, but they are not living creatures. Nevertheless the wax figures get the attention of the public and the public gets an idea about the person in wax, who is being watched and discussed and who is not able to respond or even hear what is being said. Wax figures are part of the Neptune vocabulary. Example:

Susan Boyle's spitting image can be watched in Madame Tussauds London, since yesterday and that is with transit Neptune exactly square her Progressed Sun in 0.1 Gemini. Here is the chart of Susan Boyle with transits and progressions for now.

Neptune is the astrological symbol of 'negative', 'fake' and 'idols' and negatives are part of the process to make a picture or movie. It takes an image (in the mind) to create a picture. But what if the image doesn't do you right?

(It seems that Robert Pattinson has wax figures in almost all of the Madame Tussauds and his figure is most kissed, - and that was before Justin Bieber had a wax sculpture!:)- but some think that it is not a perfect look alike...).

With Neptune's transit confusion is 'in the picture' (the chart). Very often Neptune's transit resonate a negative view on a person (by gossip, slander, bad press). Recently I had the opportunity to see Neptune's transit mirrored. This person had transit Neptune quindecile (165 d) Progressed Sun, close to an opposition with natal Midheaven. It is very hard to clear yourself of accusations during Neptune's transits. And even harder when the transits are accompanied by Saturn square Saturn and Uranus transit inconjunct Midheaven (rule of three). A bad hype, indeed...
It is just like with wax figures: you are being seen, kissed or mocked but it is not the real you.
Recently Justin Bieber had a wax sculpture, too, with transit Neptune quindecile Midheaven. Here is his chart (B-rated by Astrodatabank).

Also visit: Astromarkt.net for example about Sun-Neptune (living a fantasy)

*) The pattern of artistic talent consists of aspects between Moon, Venus, Neptune and Ascendant (and placements in the signs ruled by Moon, Venus and Neptune: Cancer, Libra, Taurus and Pisces). Many examples on Art&Astrology
Geplaatst door Astromarkt op 9:18 AM