Into the wild with Mars TRINE Neptune (Chris McCandless) 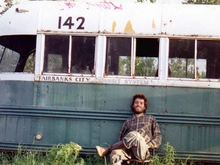 Recently I saw parts of the movie 'Into the wild' again. It is about Christopher McCandless (picture above), who got into trouble and died of starvation on a road trip to Alaska, alone. They estimated that he died on August 18, 1992, now 20 years ago. He left a diary and notes and a book was written about his experiences, followed by a movie. I think that much of what happened, happened because of the tightest aspect in his chart, the trine between Mars and Neptune.

Don't get me wrong! I know that there is more! For example: the Sun semi square Saturn and inconjunct Pluto (die hard combination; difficulties and restrictions), Sun biquintile Uranus and semi square Saturn (breaking free), the Sun square Neptune and inconjunct Pluto (the silent force, the mystery), or Sun conjunct Pholus (risk to shoot your own foot; the catalyst).  Sun in Aquarius biquintile Uranus means a creative way to be independent and free. It is a sort of an ultimate Aquarian dream that turned into a nightmare when being different and independent turned into being an alien in a hostile environment.

It is 'Mars trine Neptune' what I like to discuss here, also because of the effect of transit Neptune - Progressed Mars later.  This trine again raises questions about the harmony of trines.
Remember the chart of Sharon Tate (lots of trines) and that of one of her murderers (trines in the synastry and grand trine in chart)? Here is the link: http://astropost.blogspot.nl/2009/03/chart-of-sharon-tate-raising-questions.html

The combination of Mars and Neptune is being repeated in the transits and progressions of an important moment: when he left home. In fact: all the while, during his odyssey, the transit was valid! In June 1990 Neptune was in the 14th degree of Capricorn. In december 1990 Neptune was in the 14th degree of Capricorn, again. In september 1991 the retrograding Neptune was in that degree.
I've experienced more than once, that aspects in transit or progressions between the same couple as in the natal chart are very important, even if the distance is different. It is a repeating, resonating theme. The transit or progression fits the natal chart, like the glass shoe fitted Cinderella.

MARS+NEPTUNE
Mars-Neptune is perfect for those things that don't require too much energy. Mars-Neptune stimulates fantasy, artistry and ideals. It is good for people who work with those who are weak or ill and have to use drugs or medication. It is a nice trine for sailors, people who live isolated lives or for people working in a bar. This Mars-Neptune is a trine. I wrote about the hard aspects before:


" I have a bad example of a count in Holland who was naive enough to believe that he would be spared, but he wasn't. Natal Mars-Neptune opposition. Soon after transit Neptune conjunct Sun (being seen in a negative light, gossip) he was convicted and sentenced to death. Those were the days...a mistake, literally loosing your head... Don't I have a nice Mars-Neptune example? Yes, the chart of Rod Stewart (on Art&Astrology). He has Mars square Neptune and they didn't chop his head off!

Maybe you have some more? If you have Mars square Neptune, what is your experience? I read about a man who kept losing his job because of not 'matching with the expectations'. I have seen examples of people working in or with crime (as a lawyer, for example, fighting crime). It seems that Mars-Neptune makes you 'do it' in another world, the world of imagination or the world that the common people don't see. Perhaps they work with animals, in hospitals, as a volunteer, for their ideals? It is a complicated aspect, very confusing (...)."

It seems that trines and squares between Mars and Neptune are almost one of a kind. They can lead you  into trouble.


FEBRUARY 12, 1968
On February 12, 1968 many more persons were born, like Josh Brolyn (actor), Gregory Charles and Chynna Philips*) (singers). They didn't  go into the wild. I don't know what happened to them, but I know what happened to Chris McCandless when the Mars-Neptune combination reappeared in his chart.  And I know his background. A study of history and anthropology had given him ideas about society. He wanted to leave society and he did, with transit Neptune square progressed Mars. He died after an odyssey with transit Neptune again square Progressed Mars, almost two years later. The period just before he went 'into the wild' was a Neptune-Mars period. In that period he didn't contact his family .

WHEN HE LEFT: T Neptune square P Mars
McCandless was born February 12, 1968 in El Segundo, California and he studied history and anthropology. He left home, after donating all of his money to Oxfam, end of June, 1990. That was with transit Uranus square his Saturn, on a moment of 'breaking free'. See the chart for the other transits and progressions. And see that transit Neptune was square progressed Mars.
Here are the positions on the day of birth with transits and progressions for when he left. Watch transit Pluto trine natal Sun: he was still strong and healthy then and determined to go.

He was last seen alive on April 28, 2012. He disappeared. And when he wanted to come back, it was too late.

DEATH
This is the chart of the estimated day of death. The situation (he couldn't cross the river and was completely alone) caused his early death.
Even when he died there was a Mars-Neptune issue. On August 20, 1992 (two days after the estimated day of death) Mars was inconjunct Neptune in the 17th degree. On the 17th Mars had been inconjunct Uranus in the 15th degree. His progressed Mars was in the 16th degree. Transit Uranus/Neptune was inconjunct transit Mars and square the progressed Mars of Chris McCandless.

When he died, transit Jupiter was opposition his progressed Sun and transit Neptune sextile. The Jupiter-Neptune combination is the combination of belief and faith. These transits may have comforted him in the lonely wild in his final hours. That is why he wrote:
I HAVE HAD A HAPPY LIFE AND THANK THE LORD. GOODBYE AND MAY GOD BLESS ALL!"
It looks like an act (Mars) of faith (Neptune). 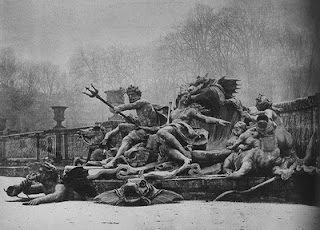 Mars-Neptune isn't the kind of aspect to help you survive in the wild. It is the aspect for the poet, the dreamer, getting lost...  There is nothing romantic about dying alone, sick, thin and cold, starving. But there is something mysterious about his last years and days that inspired artists to make (Mars) a movie (Neptune) about his walk to infinity. If it is one thing that the trine 'achieved', than it is the fact that his story became a legend.

Lyric with Mars and Neptune in the text...http://rapgenius.com/Paz-neptune-and-mars-lyrics#lyric