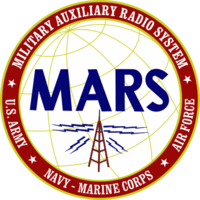 They are searching for two little boys who went with their father for a trip that ended in his suicide on May 6. It might be that he ended their lives, too. The parents divorced two years ago and their were problems. The father (January 12, 1975) was born with Mars rising before the Sun and without major aspects in sign or orb 5 degrees. His Mars is 'calling', so Mars is important. It means: he could be a workaholic or driven at any kind of level (zero up to 100%). In this year 2013 his progressed Sun sign changed (life style changing*) and his progressed Mars is conjunct the Sun. That is the time that aggression, drives and assertion will be manifested. With such a progression and an important Mars the spotlight is on the muscles, being a man, standing up for yourself, fighting, arguing, war... In some situations Mars mirrors getting hurt or hurting others.

I wrote about Progressed Mars before, see http://astropost.blogspot.nl/2011/01/progressed-mars-and-aspects.html
In that post I mentioned Jared Lee Loughner (Gabrielle Giffords case). He was born September 10, 1988. At the time of the shooting (January 8, 2011) his progressed Mars was quindecile (165 d) Sun, manifesting an obsession with anger and arms. Also his Progressed Sun was square Mars. That is a double highlighted Mars. Mars is the symbol of fire, shooting and stabbing. Mars is related to weapons, too.

I had Progressed Sun conjunct Mars in February 1988 when my husband and I decided to move back to where we came from and buy a to be constructed house. No accidents, nobody hurt, in spite of the importance of my Mars (no aspects in sign). Maybe the fact that I am a woman minimizes the importance of Mars? Or did I get an injection of adrenaline? A boost that got me on the right road? From that move on, I got back on track and started to study and ended a period of being jobless and house wife (oh my:), as soon as the progressed Sun changed sign, soon after the move. I was also very busy with astrology, studying the relationship between elements and the age of death.

You don't have to start shooting, killing or fighting during a progressed conjunction of Sun and Mars. You don't have to harm yourself or others during this progression. Only in certain situations aggression might pop up. Otherwise Mars gives the boost to stand up for your self and shoot your own troubles.

*)The change of the progressed sun sign is one of the indications of change in life. See http://astropost.blogspot.nl/2009/06/astrological-signs-of-changing-times.html