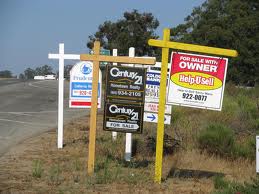 What happened is that due to necessary repairs of the foundation of her house, she had to borrow tens of thousands and she couldn't afford it. The mortgage was already more than the (ever and ever lower) value of her house. Now she is forced to sell and bankrupt. For the next three years she will have to live on a minimum for food with her husband and children. Being a stay-at-home mother will be almost impossible, but there is also no job for her. That is symbolized by her progressed Midheaven inconjunct natal Saturn.

A progressed aspect is the symbol of a development in a certain direction. The inconjunct is the symbol of loss and lack of balance. Inconjuncts are related to the 6th and 8th house. In certain circumstances and with more transits and progressions pointing at the situation, the inconjunction mirrors illnesses, grieve and troubles. I'd say that this is an example of longer lasting trouble. Transit Neptune opposition Ascendant describes the present, the uncertain situation. Progressed MC inconjunct Saturn shows the lost status in the longer term.

Many of us are in the same bad situation now that the crisis continues. Every hard aspect is sounding harder in bad times. I wonder if any fortunate aspect is sounding like a whisper these days. It takes a lot of help from 'the stars' to come to success now.

Princess Cristina and her husband are involved in a scandal. She still is a princess, and she didn't loose her wealth and position up to now. But her public image (MC) was damaged and so was that of her parents (MC). She also faces charges: http://edition.cnn.com/2013/04/03/world/europe/spain-royal-corruption (And watch transit Pholus, indication of the turning point in life).

HOW ABOUT YOU?
Not everybody will have Progressed MC inconjunct Saturn one day. (I will, when I am 72!:( The aging process?)

Everybody once and a while has transit Saturn inconjunct Midheaven. I had this in August 2004. I will have to go back in time to find out what happened in that month. The fact that I don't remember it, means that it didn't damage me in the longer term. Why not?

RESONATING THE NATAL CHART
Cristina de Borbon's Saturn is square Sun and Midheaven in the natal chart. The person that I know has Sun semi sesquisquare Saturn and Saturn is opposition Midheaven. My Saturn doesn't make a minor or major aspect with Sun and neither with Midheaven. Perhaps the resonation of the natal aspect make the transits and progressions sound louder.

Here is the chart of Princess Cristina with the transits and progressions of February 16, 2013.

LINK
Video 'House for sale' http://www.youtube.com/watch?v=eW0aMBW-NU0
On the synastry of Princess Cristina and her husband Inaki Urdangarin, see Astrology&Love:
http://astrology-love-romance.blogspot.nl/2013/05/the-synastry-of-princess-cristina-and.html