The astrology of Marie Antoinette and Louis XVI

They became king and queen on May 10, 1774. They lived live in comfort and luxury, disregarding the signs of time. They died young, executed after revolution. The King's Saturn inconjunct Midheaven was accompanied by her Sun inconjunct his Midheaven. Together they lost it all, including their lives. Here is the story of Marie Antoinette and Louis XVI. 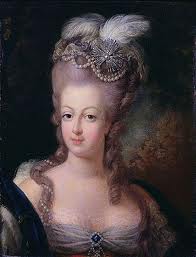 Marie Antoinette and Louis XVI died young because of of murder after revolution. Their history is a sad history. If she hadn't married him, she wouldn't have died so young. But she also wouldn't have had the luxury life that she had until she was 36. She was married but had her own house and a Swedish lover. The marriage was a political marriage, but the couple didn't exactly dislike each other.

RELATIONS IN THEIR NATAL CHARTS
The king has a certain artistic talent or desire (Moon square and Venus sextile Neptune). The Moon sextile Saturn likes to be alone sometimes. If it hadn't been for convention, maybe he would have divorced in our days. Her wide opposition between Mars and Saturn , in combination iwth the trine of Uranus with Sun and Venus show up that she could have divorced in our days, too, as soon as she didn't have the freedom that she desired. He gave her her freedom.The Sun trine Uranus in her natal chart is mirrored by the Sun-Uranus aspect in synastry.
But how about Mars-Saturn? She survived her husband, but only for nine months.

COMPOSITE CHART
Neptunus is on the Ascendant of the composite chart. That makes the relationship a bit 'confusing'  of 'difuse'. They may have cheated on each other. As they were a royal couple, however, there is another explanation for Neptune here. As you may know, Netpune's transfer from Aquarius to Pisces went along with revolutions and new ideologies. Their names (Ascendant) are connected to the French Revolution, forever and ever.

There is more in the composite chart that I leave up to you to discover. I only want to mention that Jupiter is in the second house of money and inconjunct Midheaven. What they spent, cost them their heads.

LOUIS XVI
When the king was decapitated Saturn was exactly square Saturn in is progressed chart. As he was born with Saturn inconjunct Midheaven, losing a position was already an issue. It is hard to be in charge and be blamed for all that went wrong (that is one thing) and because of mistakes he really lost his status. That is Saturn inconjunct MC! 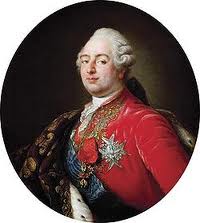 MARIE-ANTOINETTE
When her husband was killed on January 21, 1793 transit Saturn was quindecile (165 degens) her natal Sun. That is a strong sing of depression. The progressed Ascendant inconjunct progressed Midheaven with progressed Sun inconjuncct IC reflected löss and emotions because of it.

PS
In her natal you see  Mars inconjunct Eris, a clue for loss through a battle or struggle, like in the chart of Russian prisoner Khodorkovsky. http://astropost.blogspot.com/2011/01/mars-and-eris.html