On the chart of Prince George.... 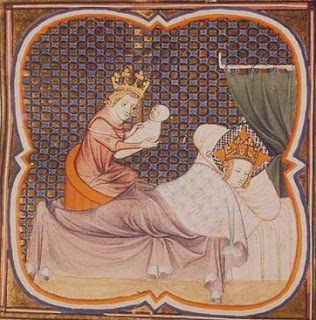 The youngest British royal was born in July 22, 2013 at 16:24 BST in London. It is a birth a few hours before the full moon in Aquarius and still with the Sun and Moon in Cancer. It sounds like a moment waiting for the increasing manifestation of starlight. The parents waited a few hours to tell the world about the birth of their first born. It seems to be British tradition to wait with announcements until the Queen and PM have been informed. Also, William and Kate wanted to tell the family first, personally. Surprisingly, when the announcement was made, the Sun and Moon had entered the next sign, Leo and it was full moon. Spotlights on!

I use not to analyze charts of very young children. They are just starting, everybody is happy and it is better to keep it that way  for a long long while. So let me focus (for almost 100%) on the bright sides of the chart, please. It is not difficult. It is the chart of a good looking, charming, energetic boy.

GOOD LOOKS AND BELOVED
Watch Venus and Uranus in hard aspect with the Ascendant and you will understand that he will likely be attractive not just because of his position, but also because of his looks. Venus is in Virgo (a 'cool' sign for a man). With Moon inconjunct Venus, both in aspect with the Ascendant, there may be a lack of balance in the relationship with females, too. Moon and Venus are in hard aspect with Neptune (Moon is semi square and Venus is opposition Neptune). This sensitivity and desire is good for the development of artistic talents. But it is also an indication for the issue of love affairs.

Venus had an important position in the sky at the moment of birth, elevated and conjunct Regulus. Heinrich Himmler had Venus conjunct Regulus and this didn't make him a nice guy (see Astrodatabank: http://www.astro.com/astro-databank/Himmler,_Heinrich ). Constellation of Words quotes Robson about violent attachments and nasty love affairs.
He'll have a number of years to learn how to deal with that!:)

ENERGETIC
No matter at what hour: Mars rises before the Sun and is conjunct Jupiter. Great achievement, success and/or a lot of energy is to be expected. It will be first of all an active child. Maybe he will follow his father's footsteps and have a job in the army, later.

Water is the element of 'going with the flow' and at the same time: of traditions. It is easy with such a lot of positions in water signs to sense what the people wants and what is current or not. The grand trine makes it easy to choose the easy way out in times of trouble.

CHARACTER
The combination of Sun in Cancer and Moon in Capricorn, reflecting the sun signs of his father and mother, is a combination of taking care and the need of security and something to hold on to. May I refer to Cafe Astrology for more on Sun opposition Moon? The Scorpio Ascendant is in aspect with Sun and Moon: he'll do well in the spotlights.

ROYALTY
The importance of the dynasty and being the heir is represented by Ceres. Ceres is biquintile IC and quindecile (165d) natal Sun.
First borns have a special position when it comes to inheriting a title. This young man has Jupiter in the 6th degree of Cancer, part of the grand trine. Jupiter is in minor aspect with Midheaven (a 75d aspic) and IC (105).

SUCCESSION
I quote myself about William on Father's day (http://astropost.blogspot.nl/2013/06/fatherday-special-royal-fathers-charts.html)

" In the solar return chart of his birthday on June 21, 2013, Ceres (dynasty, genes) is in the final degree of Cancer. That is  spot on the progressed Sun of the Prince and highlights the theme of motherhood/parenthood".

The Ceres of this father's solar return chart is in 29d29 Cancer. That is conjunct the son's natal sun.

SYNASTRY
The Jupiter of William is square the boy's Sun (out of sign). He might spoil his Sun a bit too much and wants to help and protect him more than is usual.
Transit Saturn was trine his natal Moon on the day of birth, so in the relationship there will be a strong sense of responsibility.
On the day of birth the Sun was conjunct William's progressed Sun. It must have felt like a 'birthday':) In the synastry it means that the first period of baby boy's life there will be a strong bondage.

The Jupiter of Charles is inconjunct the Sun of baby boy. Grandfather may want to spoil him…