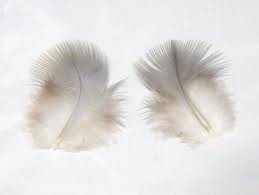 He sleeps in the mausoleum of Chavez, he beliefs that Chavez comes to him in the shape of a little bird...
The President of Venezuela remains close to Chavez, even after death (see news: http://www.usatoday.com/story/news/world/2013/08/10/venezuela-maduro-chavez-mausoleum/2638351/ )

It is a Venus, Neptune, Pluto thing...
Maduro is an ideologist who has Venus conjunct Neptune, both sextile Pluto. I found that aspect combinations and midpoint combinations generally tell the same story. I'd read a Venus-Neptune-Pluto combination like secret love, intense romance and idealistic values. That combination can lead to all kind of things in practice. One of the possible ways is to have a spiritual love*).

It is not surprising that the way that he 'communicates' with the dead Chavez is a topic in the news today. Transit Uranus is inconjunct Maduro's Pluto and that means a whole lot of (unbalanced) turbulence. As the progressed chart has Sun inconjunct Mars this year ' being assertive' is an issue, with problems involved (see on Progressed Mars...).

*)
In COSI Ebertin says about Neptune/Pluto with Venus: "...loyalty in spirit to those who have passed away, ....mysticism".


LINKS
Neptune and Pluto, the combination of the silent force
http://astropost.blogspot.nl/2008/06/neptune-and-pluto-combination-of-silent.html