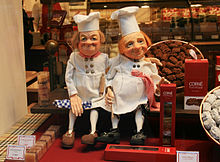 There are two types of diabetes. Diabetes 1 starts at an early age. Lots of people have Diabetes 2 (starting later in life). The sugar level (hypoglycemia or hyperglycemia) is a problem with both types.
This post is about the chart mirroring a specific problem: the problem of being high (Jupiter) on sugar (Ceres-Venus). This aspect combination also signals an overdose of delicacies and food. I have a few examples for you.

VENUS-JUPITER, CERES-JUPITER
Usually I expect good things to happen when Venus and/or Jupiter come in. They are the 'benefics' of astrology. It is fun when these planets join your (wedding) party. But are their natal aspects, transits and progressions always as nice and sweet as they appear to be? I am afraid not. Sometimes a lot of (Jupiter) fun, pleasure, sweetness and delicacy (Venus) is just too much for the body's food system (Ceres).  Also, Ceres-Jupiter doesn't mean 'benefits of nutrition', apparently. Ceres-Jupiter means: too much food.

Now why do I think that this problem correlates with Jupiter-Ceres in the chart, supported by Libra, Taurus or Venus? For a couple of reasons... I have two charts with data, a link for more charts to study and a few anonymous cases:

1. I happen to know someone with Ceres in the first of Libra exactly square Jupiter in Cancer (both in hard aspect with Aries Point).  She loves chocolate and cookies and generally eats too much. The result is being high on sugar: diabetes2.

2. Robert E. Ferguson died of complications of diabetes2. He was born August 29, 1939 in Troy (Miami) OH at 17.00 hours with Moon inconjunct Ceres and opposition Venus while Jupiter was trine Ceres.  Here is his chart. Just click for a larger picture.

3. I also found the Venus-Ceres-Jupiter combination in the chart of someone who was diagnosed with Diabetes1 at the age of 20.

His Venus (first degree Cancer) is -out of sign - square Ceres (359.96 = 30 Pisces) and Ceres is biquintile Jupiter (orb 1.8d). Venus is septile Jupiter. This, in combination with Ceres inconjunct Midheaven and square Ascendant, shows how important nutrition and insulin was.
Just as Jupiter is considered to be a 'good' planet, the biquintile is considered to be a nice aspect...

4. Someone was diagnosed during transit Ceres opposition Jupiter (both important in the natal chart) ,  2 two years after Venus conjunct Jupiter in the progressed chart (sextile natal Ceres). That is when 'the good life' started.

5. Richard Harris was diagnosed with diabetes in 1982 (transit Jupiter sextile Ceres). Here is the chart for that year:

6. One of the Astro.com examples had Sun/Moon semi square Ceres (and Ceres sextile Jupiter). Diagnosed in 1953, with transit Jupiter conjunct natal and progressed Ceres. Here is the chart:

7. There seems to be reason to believe that Henry VIII had untreated diabetes. See: http://medicalhistory.blogspot.nl/2010/11/henry-eighth-i-am-i-am.html

His Sun/Moon midpoint is in hard aspect with Jupiter,  Ceres is ' calling' (no major aspects) and Venus is the most elevated planet and conjunct MC in his natal chart that you can see here: http://astropost.blogspot.nl/2011/01/tudor-henry-viii-bluebeard.html

LINKS
CERES is an important player in the charts of cooks: http://astropost.blogspot.nl/2009/03/astrological-recipe-for-famous-chef.html
If you would translate Venus-Jupiter-Ceres to daily life you could see the pleasure in cooking, too.  And maybe the tendency to show love by means of distributing candy:)

!Attention! Astrologers are no doctors. A chart only draws a picture that is relevant for the chart owner. So, not all charts of people with Diabetes have this combination. Others with this combination don't have Diabetes. Why not?

It also takes more than one aspect combination to be diagnosed with a (more or less serious) illness or ailment. Ceres or Venus or Jupiter (or even all three) must be of importance in the natal or progressed chart. And it is like always with statistics: it is the percentage, and never 100%.

As far as I know there has never been research on the charts of a few thousands of people with the data of the moment that they heard about having diabetes. The data may not be available. As a chart also should be read with the genes, gender, culture, social/economic situation in mind, it may be hard to come to conclusions. But there are some charts on Astro.com/Astrodienst in the files for those who want to 'dive' into the subject:
http://www.astro.com/astro-databank/Category:Diagnoses_:_Major_Diseases_:_Diabetes/_Hypoglycemia

PS The post on the Boston Molasses Disaster has a title with Venus Ceres:
http://astropost.blogspot.com/2012/05/venus-ceres-and-molasses-disaster.html