The dominating sun in a chart

You can’t overlook the sun in the sky and you can’t overlook the people with an important ‘calling’ sun in the chart. Sometimes not being overlooked is not in their favor. Schapelle Corby has the Sun on Midheaven, no major aspect in sign or orb 5 degrees and at the airport she drew attention. The MC didn’t have major aspect either, so that the situation got out of her hands.
But most often those with what I name a ‘calling’ sun want to be in the center of attention and try to get that attention, somehow, anyhow, like for exempel Roseanne Barr (see the chart and the story on Art&Astrology: http://art-astrology.blogspot.com/2009/07/astrology-chart-roseanne-barr.html , Adolf Hitler, Hillary Clinton, J.F. Kennedy, John Lennon and Youssouf Islam (Cat Stevens). Sometimes they become a political leader, but with this ‘calling’ sun in your chart, you sure would know how to draw attention as a child (at school, as the leader of a group of children).
You don’t need to be the leader, you can also be the boy or girl who walks around with a golden big smile, drawing attention by being such a sunny kid! Somehow, anyhow, you will be seen and noticed with such a sun, like David Cameron.

The Sun is the symbool of the star. You can have the starring role at any possible level when your sun doesn’t make major aspect. But it doesn’t mean that you will always be the winner or that you are the one to take the lead.

How to deal with a leader with a ‘calling’ sun? They won’t want to stand in the shadow of another person, so perhaps it is better to keep a low profile. I wonder how that is between Obama and Hillary Clinton now. Hillary Clinton has a 'calling sun' and Barack Obama is a Leo, the sign ruled by the sun. Both wanted to be the leader of the USA and he won. Both are proud. Well, maybe it helps when the other person is a male and the ‘calling sun’ is a (smaller) female. And that his Venus and Jupiter are in a nice position with her chart? (Maybe it also helps a lot that the ‘calling sun’ is abroad, often?)

LINK
About planets without (narrow) major aspect in sign:
http://www.astromarkt.net/unaspected-planets-and-missing-elements.html

About the leader in the chart of Hillary Clinton:
http://astropost.blogspot.com/2010/10/leader-in-chart-of-hillary-clinton.html

All posts about Barack Obama:
http://astropost.blogspot.com/search/label/Obama 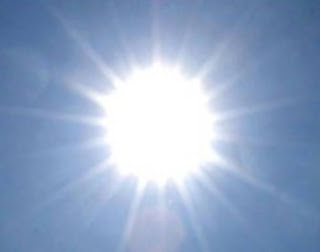 Well, as you've mentioned Schapelle, check out expendable.tv for a scorching new movie about the corruption that condemned an innocent woman. Also, there's explosive new info due out soon.