Yes, I know those stories about the parallel lives of time twins and yes, I watched a documentary on television of a great example a few years ago myself (it was very interesting and I never found it back on the internet!).
But: these events are clearly as exceptional as we find them:). If not, there would have been modern databases kept by astrologers, wouldn't it? I think that those time twins with similar lives are rare. Why?

a. You can use Wikipedia to find data and names for days of birth and then you see the differences already. You might find correspondence, too. But one of the clearest ways to see if persons born on the same day have similar lives, is checking the year of death.Well...

b. Just check the social security numbers and date of births-site and see that all of those deceased men and women died on different days and in different years, even if they were born on the same day. Those people also differ from those who didn't have social security and were born on the same day. The deceased persons lists shows us that it is very much more common to die another day (see for example: http://ssdmf.info/by_birthdate/19400101.html )

But, how about the stories? Maybe there are one or two real life stories about time twins with the same 'fate' (I know there are some, because I watched the documentary a few years ago). However,
here are a few examples used in astrology books and they are not convincing.

1. There is that story about a king and the son of a stable boy, born on the same day, same place and hour. The story goes that they got married and became father in the same period and that they died on the same day. Their names: King George III and Samuel Hemming. Samuel opened a store on the day of the coronation. He married on September 8 1761, just like the king. They had an equal amount of children, had accidents on the same day and died on January 29, 1920. They even looked alike, they say. I read this in The Case for Astrology on page 187 a few years ago.  For some reason I became curious and so I looked for the chart on Astrodienst (http://www.astro.com/astro-databank/George_III,_King_of_England ) and they don't mention a time twin. They do mention 15 children, however! That is exceptional! Did Samuel, too, have 15 children? Of course not. There is no Samuel. Astrology Research net studied this case:
http://www.astrology-research.net/rgcsa/abstractsdetails.asp?searchterm=Hemmings&Submit=Search&textfield32=Gauquelin+AND+Mars&WAQueryBuilder1=1&ID=169

2. The second story of time twins in The Case of Astrology is of Edna Hackensack. Can we verify this story? It is here: http://www.earth-essences.org/AstrologyPortal/page2.htm, without data and we can't ask them. Probably a female Samuel:)

3. One Giordano Venturini is said to have been born on the same day as Rudolph Valentino. The story goes that he looked much like him and that they died on the same day. More examples mentioned here (http://ar.answers.yahoo.com/question/index?qid=20120918174147AAxYev1 ) including Samuel, but how do we know that all of those are true, verified and correct?

I am afraid that even if  you were born on the same day and place and hour and you have the same gender and same social circumstances, you might NOT live and die as your time twin does, did or will do. 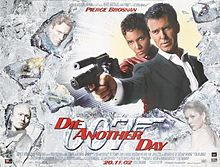 MY CONCLUSIONS
a. Even if  you were born on the same day and place and hour and you have the same gender and same social circumstances, you might NOT live as your time twin does, did or will do, not even with almost the same chart.
That makes astrology one of the ways to explain and see things and not a tool for judgement or clear predictions.
(A lot of people want to know about the future and I am not an exception, but the future doesn't exist. The future has already changed now that I wrote this! And so has my place in it...)

b. The Ascendant and Midheaven, the Moon's degree and the aspects with AC/MC and Sun/Moon, including the angular positions, may be of more importance than the aspects, transits and progressions with the Sun and the planets.

c. Human beings are unique in expressing themselves...

d. Those who were born on the same day, most likely will DIE ANOTHER DAY, YEAR OR DECADE.

In almost every post I use to add that a chart is but a picture of the (astrological) sky, mirroring situations and that you can't read a chart without knowing facts like:
- is it about an event, man or woman, animal or business?
- what culture and time in history are we talking about?
- what social situation, genes and position are we talking about?
- what age is that person (or animal)?
That makes it easy for me to deal with the differences between the lives of persons who are born the same day, twins and time twins.

Charts can't be seen as know-it-all's! A chart is not a person. One chart can relate to a firm, a cat or an event, a chart can relate to a criminal or to a police man (both dealing with the issue crime). When you were born someone died, someone married, someone had an accident somewhere and maybe there was a political document being signed. All those events are described by the same chart. The components of the chart may look clear above, but there is a growing variety in the way that it looks on earth. The chart is a simplified description and every part of the chart has it's own vocabulary. And:

Astrology charts describes characters (not related to genes), tendencies and issues, not fate!

And I wonder if that is bad:) You don't need to be afraid when you read about your time twins!


2. This post is about the differences and similarities in the charts of twins with the Bird brothers birthday (no hour of birth) and the natal charts of Henri and Anton Pieck as examples. It is a longer post than usual, because it is about four people and three charts.

3. Read what a difference a birth time makes: http://astropost.blogspot.nl/2008/06/what-diference-birth-time-makes-birth.html

5. Another take on time twins:
http://www.astrology.co.uk/news/twins.htm