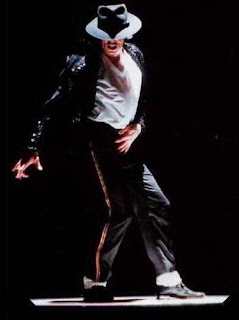 On Thursday May 21, 2015 the sun entered the astrological sign Gemini. It is the 'handy' sign, excellent for anything that you need to do using hand and feet at the same time. What? Well, dancing, playing tennis or cricket. Gemini is also the sign of gestures (using hands and mouth at the same time:).
This doesn't mean that any Gemini could play at Wimbledon or will be seen on TV in 'So you think you can dance'. And it is also not true that anyone who does, is a Gemini. In fact, some of them don't have any planet in Gemini at all. For example: Serena William. She is a top tennis player. Gemini is on her 2nd house cusp and Mercury (ruler of Gemini) is right opposite her Taurus (uh?) Ascendant. Even Agassi lacked support of Gemini. But, in order not to shame astrology, Roger Federer has a Midheaven in Gemini, just like cricket player Sourav Ganguly. Mr. Gangly also has Mercury in Gemini as final dispositor - ruler - of the Midheaven routing, as a strong statement. You'd almost think that Serena William shouldn't have been a tennis player at all:)
Of course, that is a joke. It is very hard to link charts to exact jobs. You also have to include backgrounds, social status and culture. In Serena Williams' case, the father pushed all of his children to become a tennis player. He managed to succeed with Serena's elderly sister Venus. And she's a Gemini! Serene has Sun/Moon in hard aspect with Ceres (symbol of genes, dynasties) and so she was motivated by family. I'm glad to have found the Gemini way, here.
Bob Hewitt is an Australian born tennis player. He was convicted last week for raping six of his pupils. He was born on January 12,  1940. Check that ephemeris and you'll see: not a tiny little bit of Gemini on that day. Perhaps it is the hour and place of birth (MC, Ascendant), just like the rapist. Although Mars in Aries trine Pluto COULD be used to win and conquer with extreme drive in a sexual way.

A besides about Hewitt. His chart, transits and progressions are mirroring the effect of resonance that I mentioned on this blog before. When you have a certain aspect in the natal chart and a transit or progression connects the same planets or points as in the birth chart, this transit or progression will manifest in a strong way. He has a natal Saturn inconjunct Neptune and opposition Node. It is the combination of involuntary detachment, (see the post) related to groups of people (like in a hospital or prison). Right now there are minor aspects repeating the natal combination. Transit Neptune is semi square Saturn. Transit Node was quindecile Saturn on the day of his conviction. Those aspects are considered to be generational aspects (because a lot of people born in the same period have them). Only if there are more indications in the same direction and when Saturn, Neptune or Node have a special place in the chart (for example: on an angle), you may expect that the Saturn-Neptune-Node theme will be mirrored in your life somehow. It might be the case in the chart of Hewitt, or it would be just coincidental that he faces a not wanted isolation now.

Just like Hewitt I don't have any Gemini planet in the natal chart. Everybody has a house cusp with Gemini on it. In my chart it is the 4th house. I like to live where there are shops, in a city or not to far from the busy road. I lived in an apartment above a mall twice. But I don't play tennis. And I don't dance!
I had a friend once, a Gemini, who persuaded me to join her on a cruise to Norway. She had been on cruises in the Caribbean before and expected to dance, dance and dance all day. But, the public on the ship we sailed on was quite different (grey hair, looking for culture and loving jazz and classics) so that the disco was empty and cold and she was in bad and sad mood. I, on the contrary, enjoyed myself. I am not fond of dancing in public (no Gemini, no!). It is rather amazing that I met my husband on a dance floor (but OK, I was young), because when we decided to learn how to dance (style dancing, I mean) we had to cover the floor with paper feet to know where to stand on! He doesn't have Gemini planets either!
In the progressed chart, however, I have an Ascendant Gemini and that is nice, when you are getting older. They say that Gemini Ascendants look younger than they are and remain mentally active. What will happen to my blog when my Progressed Ascendant moves into Taurus, I wonder? Perhaps I'll move to the country:) Anyway, meanwhile I will try to be more swinging and keep blogging in accordance to the Progressed Ascendant. Gemini swings! Just consider the fact that the Sun/Moon midpoint in Michael Jackson's chart was in Gemini, too...
PS I noticed a group of Gemini Dancers http://www.geminidancers.co.uk and here you can learn how to dance http://www.dancegemini.co.uk
Also visit: Astromarkt.net for example about Sun/Moon midpoint signs
All rights reserved
Geplaatst door Astromarkt op 12:15 PM