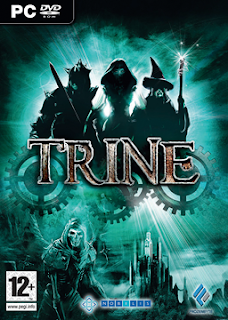 Are sextiles and trines*) really symbols of harmony? Or are they the symbols of the easy way out? And is the easy way out, in certain situations, the criminal way? Do these aspects tend to 'give in' and 'give up' (with the hard aspects as symbols of 'resistance' and 'effort'?)
I have some examples on this blog and a recent one: Bruno Fernandez de Souza.

The Brazilian professional football goalkeeper Bruno Fernandez de Souza had the mother of his son killed because he didn't want to be a father and didn't want to pay. A friend suggested to have her killed and (as he says) he accepted this. It is a horrible story. Bruno Fernandez de Souza tried to kill himself in prison in September 2010, but he failed. Now he has to stay in prison for 22 years. That won't be easy.

This is the chart of the day of birth of Bruno Fernandez de Souza. Count the blessed sextiles and trines…

There is only one stress aspect within 5 degrees orb and that aspect happens to be a wider Mars square Saturn (the symbol of the issue of death, discipline and punishment). There is also the combination of Mars in aspect with both Saturn and Pluto, illustrating the issue of unnatural death. But: there are 7 sextiles and trines!

RESEARCH
There has been research in the world of astrology, almost always concentrated on stress aspects. But I saw an overdose of easy going aspects in the charts of those involved in crime (victims AND killers). Here are some links:

A French case of killer and victim, both with charts full of sextiles and trines:
http://astropost.blogspot.nl/2009/07/effect-of-sextile-example-youssouf.html

Sharon Tate had so many trines in her chart… She and her killer Susan Atkins even had a grand trine. Their synastry also was loaded with trines. Yet, they were connected by violent death. http://astropost.blogspot.nl/2009/03/chart-of-sharon-tate-raising-questions.html and shared a Sun-Saturn aspect: http://www.astromarkt.net/sharing-aspects.html (see about having the same aspect combination)

Dorice Donegan Moore killed Abraham Shakespeare after he won the lottery. Count the trines and the sextiles in her chart...
http://astropost.blogspot.nl/2010/02/chart-of-dob-of-dorice-donegan-moore.html

Ted Bundy had a number of trines and sextiles, too...http://astropost.blogspot.nl/2012/11/chart-of-ted-bundy.html


It is not that trines and sextiles have to lead to crime. It is that they tend to find easy ways out. And there are indeed many criminals with stress aspects, too.
What I mean to say is, that soft aspects don't mean easy lives and nice persons.
In order to make it easy on themselves they may damage others or themselves, just like those with hard and stress aspects do. Lots of trines and sextiles also don't stop that one stress aspect and they are no guarantee of easy living and happy ever afters.

*) For the starting student astrology:
- aspect is a distance between objects
- sextile is about 60 degrees distance
- a trine is an aspect of about 120 degrees


Also visit: Astromarkt.net for example about Mars - Saturn or use the label crime or criminality