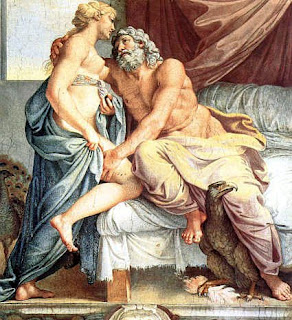 Juno is the symbol of the married woman or marriage in general. Does Juno show up when you meet Mr. or Mrs. Right?*)...Or does Juno show up when there is a possible candidate? I think that it is the second option. That is because there are so many possible 'hits' with Juno. Transit Juno, progressed Juno and natal Juno and their aspects with Sun, Ascendant, Sun/Moon and Midheaven and Venus….they offer plenty of chances to meet someone who could be A great partner. But it depends on the similar transits and progression – at least 2!-  and on circumstances if this Juno will resonate a partner.*)
So it is like with all transits and progressions: it depends on much more than on that position, transit or progression by itself. Here are examples…
MY JUNO EXAMPLES
Juno is important in my chart. She rises before the Sun and that is a prominent position. I am married, yes, since many many years. When I met my Mr. Right I had transit Jupiter trine  my Ascendant and square my Moon. When we married my Progressed Juno was trine his Ascendant. Transit Juno was conjunct, opposition and square or trine Sun/Moon a few times and in one occasion I got pregnant (when there were more indications). I couldn't possibly get married all of those times!:) My progressed Sun was square Juno in March 2008 and I can't remember what happened. There will be another transit of Juno with my Sun and MC in November of 2012. If anything important happens, I will let you know...
Of course I have more examples of the resonation of Juno on this blog. Three examples of progressions with Juno,  two examples of prominent Juno’s, one about transit Juno and an Venus-Juno synastry…
http://astropost.blogspot.com/2009/11/chart-of-juana-of-castilla-la-loca.html
Juno is the Roman equivalent of Hera (sister and wife of Zeus/Jupiter), a rather jealous and revengeful person, by the way. Above she is lovely, but here is another picture of her, by Carracci. If you were Argos, you wouldn't want her to 'transit' you! 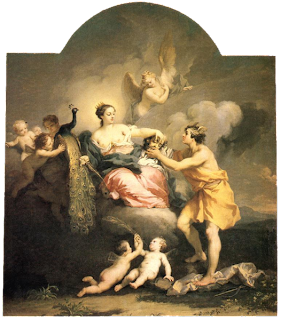 EXTERNAL LINK
Check the position of your Juno and transits of Juno here (ephemeris by LibraRising): http://www.librarising.com/astrology/tables/juno.html
http://www.bobmarksastrologer.com/Juno21.3.html: Bob Mark's ideas about Juno in sign and house and about aspects with Juno

*) Is he Mr. Right? Test: http://www.eromance.com/quizzes/mrRight.html