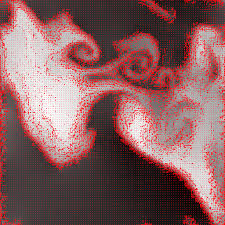 It has been turbulent days and I like to publish some charts related to this week. It is about Brexit, Nice and Turkey.

FOREIGN AFFAIRS AND THE 9TH HOUSE
Boris Johnson was appointed as Foreign Secretary and booed in the European parliament, the place where they don’t like jokes about themselves. I would have loved to see him shake hands with one of the once upon a time offended PM. Just see the color horoscope on Astro.com. It says that he is easily hurt, even though he has a stubborn strong character. Do I see Eris on the horizon? She is perfectly prominent in the chart of the man who knows how to start a fire. The ‘calling’ (=not narrowly aspected) Mercury points at the tendency to use words and for being the messenger in the 9th house of foreign affairs. Mercury rules the 9th house and is in the 9th. He seems to be born for it! Even his natal Sun is in the right sign for messages (Gemini) and in the 9th for ‘abroad’.

His Ascendant receives a transit of Neptune (inconjunct) for uncertain times and a lot of negative responses.
Transit Jupiter square his important Mercury and inconjunct natal Pholus mirror a turning point #plans and ideas.

THERESA MAY
How about Theresa May, the new PM. When I first saw her on TV I said that she might be fit for that job. Maybe it is her ‘royal’ Moon in Leo? Or could it be Sun/Moon midpoint conjunct Jupiter (increasing the motivation)? I tried a chart for 6 a.m. and it looks like this:

With Sun and Venus opposition Eris she might see a lot of jealousy. I like the Pholus opposition Midheaven aspect (for the turning point in her career) and I am curious about the narrow Saturn square Pluto. What difficulties will she meet and what attitude will come back like a boomerang? She started to fire members of the earlier government…

NICE
It was also the week of Nice. Everywhere when people come together to have fun, the less funy side of Islam comes to end it. The attack at 22h23 local time was with Mars conjunct Moon, both exactly inconjunct Uranus and Eris. The message in the chart was that there could be terror, accidents and war. Just see the examples on this site and on Astromarkt.
The combination of Mars and Uranus is that of the quick result and the short fuse and the fighters for freedom (in their own eyes perhaps). It is not fate that does it, however. It is what a person’s community and situation does with such an aspect combination. Instead of using it for terror acts, it could be used to drive hard and fast (and risk accidents). In the chart of the terror act of Nice, the Ascendant is in Aquarius, Uranus is ruler 1 and Uranus is connecting Sun and Mars.
Here is the chart:

TURKEY
Then came the coup in Turkey, exactly with a combination of Sun, Mars and Uranus in aspect. Any inconjunct or quincunx points at a wrong moment for something (in this case for rebellion). Here you see the chart:

I hope for a better week coming and wish you all safety, freedom and nice persons around you. 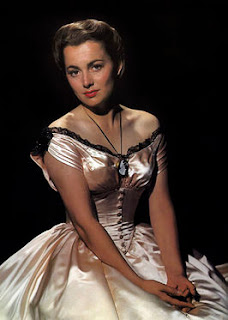 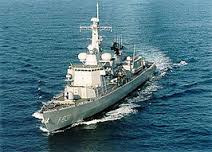 Gordon Ramsay was expecting a baby in 4 months but sadly he and hia wife were confronted with a shocking misscariage. Transit Uranus inconjunct Moon-Uranus in the 5th house of children pictures this. 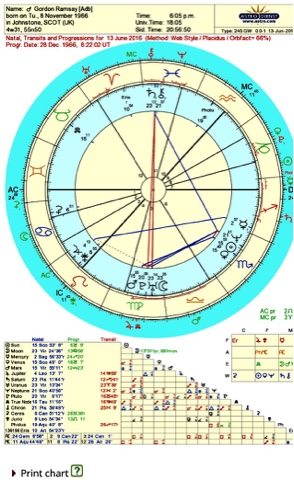 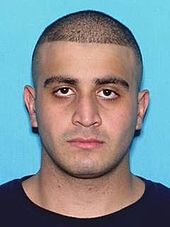