When you were born with the Moon in the 1st degree of declination, would haat mean that your OOB Progressed Moon brings you in a danger zone? Or would it mean that the theme of how to deal with women will be prominent? Is the 1ste degree of declination the lowest for behaviour? Of course, there is more than just that declination, and we shouldn't generalize, but still: I find the fact that they both have that Zero degree Moon very interesting.
But now this one: the declination of the progressed Moon of Máxima Zorreguieta (now wife of the King of the Netherlands)... When the Dutch Queen got engaged and married the progressed Moon (going to be OOB later) would be at a very low point in the graph (although in 2002 - year of the marriage - the progressed Moon got higher again). In her natal chart, the Moon is In Bounds and in the 12th South. I think that there is something uncontrollable about the progressed Moon at Zero degrees declination. I think that, because her life was dominated by the public's opinion, the media and politics and that - at that point - lost her independence.

Could it just be, that the Zero Degreee Declination of the Moon refers to a critical and not so controllable point?
Right now, the Moon is in the 11th degree of declination, in bounds. If you want to know where your natal or progressed Moon is, try Astro.com (Exertion diagram progressed declination in the Special Charts section). For more about Out of Bounds, see this link: http://astropost.blogspot.nl/search/label/out%20of%20bounds
Also visit: Astromarkt.net All rights reserved
Geplaatst door Astromarkt op 7:52 PM No comments:

Email ThisBlogThis!Share to TwitterShare to FacebookShare to Pinterest
Labels: declination, out of bounds, progressed Moon 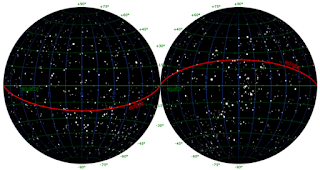 By and large: Saturn in Sagittarius 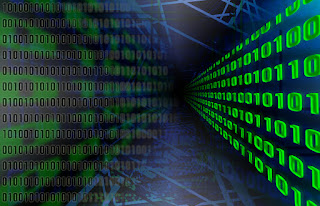 Some days ago someone asked if I was a Gemini or a Virgo (because he thinks I spend too much time on details). Time  to show you that I am NOT and time for something that is more 'by and large'. Take for example Saturn moving from Scorpio to Sagittarius.
Soon all Sagittarians will have transit Saturn conjunct Sun. Last time I had that, I started selling my appartement because we moved to a larger house and from a place by the sea to the 'big city'. Saturn ends periods in life...and starts a new one sometimes. For my chart that will be in the first 6 months of 2017, so there is time enough to prepare. I won't move!
Of course 1 transit doesn't change it all and not all persons born on the same day will have the same kind of experience. Still, they will all have to deal with Saturn, the planet of management, business, all that is cool, hierarchy, responsibility, parents and parenthood, mortgages, guilt, failure and sometimes Saturn is just boring, by and large.
Saturn is in the final degrees of Scorpio now. Late September the astrological sign for Saturn will become Sagittarius. That might be the moment when Scorpios look back in gratitude because it is finally over and done:).
Of course there is not just Saturn up there...
Are you a Virgo, Taurus or Capricorn? Then you may have some fortune, because Jupiter will bring some optimisme and trust. Traveling, to study or expansion: it is Jupiter. And there is good news for Sagittarius: Mars will be in their sign to give some energy. They will have to share it with Aries and Leo, of course. And there is a sign that looses energy, too (Capricorn, Cancer).
Sorry that I didn't mention Gemini, Libra, Aquarius and Pisces, but I was supposed to see the big picture of Saturn in Sagittarius and I went along the sideway already! Next time!:)
Also visit: Astromarkt.net All rights reserved
Geplaatst door Astromarkt op 4:43 PM No comments:

Usually I start with the prognosis of the coming year in October. But why not start now, a bit? Let me tell you about Uranus and Pluto in 2016.
Uranus and Pluto are symbols of change. If one of them are in hard aspect with your natal or progressed Sun, changes and stress are coming. The softer aspects may not hurry you, but you certainly like to know about the stress aspects, because mostly they demand some action.

So let me tell you where Uranus and Pluto are in 2016.


This means that when your Sun or any important point in your chart is between 17 and 25 degrees of the Cardinal signs (Aries, Cancer, Libra and Capricorn) you will be confronted with a hard transit of Uranus or Pluto or both. A major point between 17 and 25 Sagittarius or Leo gets a trine aspect. Are you open for change (or forced to be open for change...). If you don't know about degrees, it may be interesting to watch this summary of birthdays:
There might be a complete make-over for your life and life style in 2016.
Uranus transits point at possible nervousness and at being alerted.
That trine of transit Pluto encourages you and increases the change of 'winning' and profit.
Inconjunct transit Pluto could signify an overdose of stress (and a possible crisis). Take care not to exploit yourself.
Opposition of  transit Pluto could indicate a confrontation with someone else's problems or problems caused by others. As this will be a hectic year for you anyway, the tension could force you to change your life style, drastically.
Square of transit Uranus: unexpected forced changes will have to be accepted somehow.
Liberating trine of transit Uranus possible also adds something new. Maybe you just choose the easy way out to independence, freedom and 'what's new'.
Opposition of transit Uranus: other people might talk about you, your life style and what you do. Maybe this experience changes your vision.
Inconjunct  transit Uranus warns you: don't do anything unprepared and take care, because it is a time of unexpected complications.

!Transits work with progressed Sun, Moon and planets, too.

In March 2015 I wrote about the charts of MH370 and it's pilots:
http://astropost.blogspot.nl/2014/03/transits-progressions-and-charts-of.html?m=1
That is where you find the chart drawings, too. 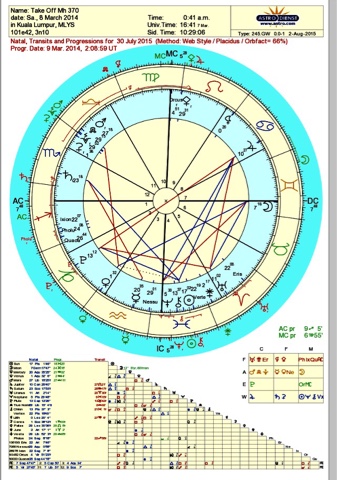 Transit Jupiter, Saturn and Pluto now 'hit' the captain's chart while Pluto (retrograding) slowly returns to the position of take off at March 8, 2014 Also Saturn is now semi square Pluto with Jupiter in Leo in a quindecile. There is stron focus on success but the semisquare/square with Saturn doesn't make it easy.
The search continues. i don't know if they will find the plane soon. The debris doesn't tell where the rest is. The chart points at sea (Neptune and Moon on angles, square).
There is always hope, of course. The Moon, after all, refers to a period (of time). It is so important to find the black boxes and give the families involved some peace. A confirmation and proof of a plane crash could help them to accept the facts.
About Moon-Neptune:
A less dramatic 'getting lost' is what II have with T Neptune square Progressed Moon now. i am desperately seeking two lost golden rings...Moon-Neptune seems to have to do with vanishing objects. Neptune always creates misty situations.
Geplaatst door Astromarkt op 7:14 AM No comments: