The danger of Pluto, not on guard 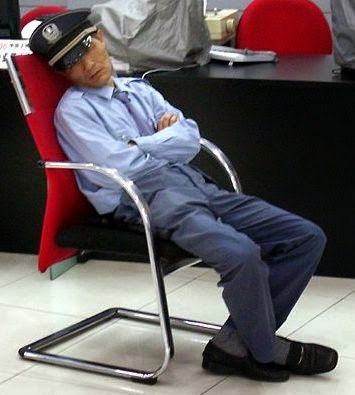 Pluto's transits may signal danger. With transit Pluto inconjunct Sun, the failing security service of President Obama should be more alert (and especially in the days between December 10 and 15, 2014). Warnings, like the discovered mistakes, should be taken seriously. Usually, the transits or progressions of or with Pluto pop up in times of stress and threat, and usually people survive these aspects. Unless there is something wrong already and not when circumstances enable a danger or threat to become manifest and overrule the situation. A President is always in danger and should be protected by all means. Transit Pluto inconjunct Sun is an advice to appreciate life and avoid dangerous or exhausting situations. Pluto is the symbol of values, strategy and politics. The symbol of vitality combined with an aspect of "gliding scale" and intense Pluto, warns for being overwhelmed  and overpowered. Take better care, security service!

OBAMA's INCONJUNCT PLUTO
Here is the chart of President Obama and the progressions and transits of September 16, when an armed man joined him in the elevator.
To maximize the picture, CTR + Tap or click in the chart and open new window.

PLUTO IS COMPLICATED
You and I probably survived more than 1 transit or progression of Pluto. Most people do and few will die. But it is  no rule. For example, my mother recently died with Progressed Sun exactly square Progressed Midheaven, both in narrow hard aspect with natal Pluto. After she broke her hip bone on two places in 2012, she had developed a health problem caused by a mix of drugs. The deadly combination just had to be taken, or else the pain would be unbearable. Her age, 85, and her situation (in a wheel chair), didn't help dealing with the problems. Pluto's presence in her chart warned for stress and danger, but in her situation little could be done about it, warning or not. Pluto makes it all complicated.

It CAN be done in Obama's case, however. The inconjunct of Pluto tells me that there is too much stress, danger and pressure right now. It should be easy to release him with the help of those close to him. He is healthy, not too old, rich and in a position of authority. But it takes security...Today the chief security stepped back.

The Pluto inconjunct of a nation's leader has strong effect for the people in the nation. The chart of the  USA is being hit by the stress provoking Uranus-Pluto square with transit Pholus opposition natal Mars (a point of  no return in a battle. Look around and see what is going on in the world. It is time to be warned and time to take measures in order to defend the true values of life.

I read Lynn Koiner's article , in particular the part of interaction about the inconjunct. Her advice was (in my words) not to get involved in unhealthty situations, not to endanger your life and health because of others. Perhaps that is hard to do. Please read the story of Edith Cavell, a heroic and executed World War I nurse, and her Sun inconjunct Pluto. She gave her life for the sake of others and maybe should have protected her own. I don't know... It is up to you to decide about the value of your life and that of others when it comes to it.