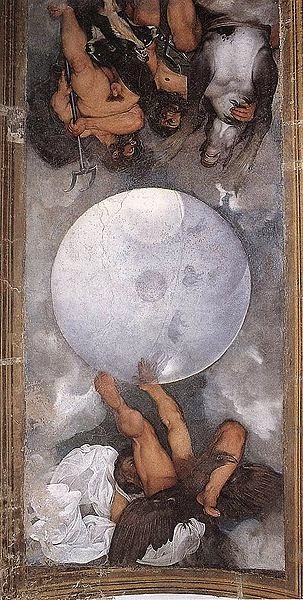 Jupiter in Leo is conjunct the Pluto of my generation now. What could that mean?

Jupiter-Pluto midpoint and aspect combinations use to indicate a sort of a treasure. The Jupiter-Pluto combination is a ‘success combination’.
I have written about this before, so here is the link: http://astropost.blogspot.nl/2011/05/jupiterpluto-midpoint-and-aspect.html

Transits of Jupiter use to be beneficial. There is a hit and a chance for everyone, every 12 years. But it depends on who you are, where you are and how…

Personally, I expect something good to come out of it. As Jupiter in Leo is trine my Sun and Midheaven, too, my view on this may be ‘poluted’ by feeling OK and happy with a puppy on my lap. Last transit Jupiter on MC she (the puppy) entered my house for the first time. Pluto is in my 6th house to complete the domestic animal picture.

I know of a person whose transits of Jupiter never seem to help much at all, even though her natal Jupiter is in the 5th house of good luck. It is because she doesn’t leave her house much and because there is no possible improvement wherever she could go.
That makes me think that transit of Jupiter require space, room and belief in better days. Allow Jupiter to do his job and use the transits for improvement.  Jupiter conjunct Pluto helps to make things better, though sometimes this requires more than simply ‘wait and see’.

Well, really? Would it really matter in what house this transit takes place? Let me test this and use my chart as an example. Applying the method of Brady ‘Predictive astrology’ for my chart, the transit through 6 of the rulers of 9/10 and 8 placed in 12 and 6 would mean:

Jupiter conjunct Pluto: increasing wealth, intense happiness 6-12 cause; daily routine/work, health and seclusion  (Because of something in the field of health, daily routine and seclusion)6 situation: daily routine, work or health (in an ordinary situation)9/10 and 8 result: something definitely changes for good re position/condition

In aspect with other parts of the chart (like in my case Sun MC and Neptune ruler 1) you may expect even more. As Jupiter is now retrograde and will be back again in June, that may be the moment to tell you what happened.

HISTORY OF MY JUPITER LEO
But let me have a look at last time Jupiter went over Pluto in the 20th degree of Leo.

1.
I have August 1967 (Jupiter was direct, 1 hit)
I moved to another department in the company that I worked for. Nothing special, except that that was the time that I met someone who was as interested in astrology as I was. I calculated my Moon for the first time.

2.
I have August 1979 (Jupiter direct again, 1 hit)
Someone offered to take care of my child after school, so that I could find a job. This time the 6th house definitely showed! No recall of health issues.

3.
I have July 1991 (Jupiter direct,1 hit)
That was when I knew that the job I had since May was ‘forever’ (I would not be fired, I was to stay, they told me). A 6th house matter indeed. I don't remember anything re health issues.

4.
And now there is a 3 time hit because Jupiter is retrograding. The first time my puppy entered the house (see that post: http://astropost.blogspot.nl/2014/10/my-venus-trine-my-puppys.html ) and http://astropost.blogspot.nl/search/label/transit%20Jupiter%20trine%20MC.
I am not planning to buy 3 dogs. So it must be something else, like health or daily work, I thought. Today (Thursday 22) I went to see a person to discuss my latest blood test results and the conclusion was that it is never been better! She actually told me so with Jupiter at 19d36m04s, spot on trine Midheaven.

Now you may suspect that I planned this, but I didn’t. Because of a flue I couldn’t do the tests and I had to cancel an earlier appointment.
Now one more to go and this time I am planning! Use the ephemeris and see if it works and if you will be content and happy on the day that Jupiter is conjunct your Pluto (Sun or MC).

SO
Jupiter conjunct Pluto improves and makes you feel happy re the house of the transit and the meanings of that house. In your second house it might be during a good advice on financial problems. In the 10th it might improve your status somehow. Well, that still leaves a lot of possible expectations and: my example is one with Sun and MC cooperating. So it may be in a different way in your case and may even go unnoticed as some transits of Jupiter are.

PS Have you read the article on Astro.com on the astrology that you don't know (or notice) and how it effects you?