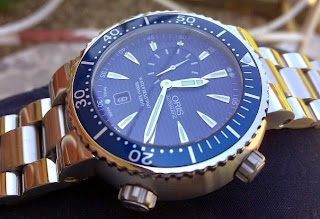 There is a conservative politician in my country who is fighting against Second dating sites. You know, those sites where you can subscribe in order to find a partner to date with, even though both of you are involved in a relationship or married. A diver's watch has a second date, too. You have to get above water in time, when you are diving deep...
In 2014 a second date agency published that 13,4 percent of the members was born under Capricorn. That may not be the usual suspect, but if you want some security and do it in an organized way, you might end up on an internet site seeking a suitable reliable partner for being untrue. There were fewer Sagittarians (5,6 percent) and Scorpios (5,7 percent) among the subscribers in The Netherlands (see article). Perhaps that is because they do it less organized:).
Apart from the 'suspected signs' there are 'suspected aspects'. In ancient astrology books Venus-Saturn aspects were considered to have a negative effect on remaining true in a marriage. I think that that is because in those days it was harder to get a divorce. The couple had to stick together, even if there was no love between them. Venus-Saturn wants to keep the relationship safe and yet, it is rather hard and boring if you don't have a hobby, like astrology, for example.
I mentioned cheating ladies before (see the links). They almost all had Venus and/or Mars without major aspects in sign or orb 5 degrees, so that passion could reach any level (100% or zero). All or nothing. Second dating is very different. It is deliberately seeking adventure for your own pleasure, instead of desperately falling in love. We don't know any data about the subscribers, only sun sign percentages. But I can imagine what the charts could be like. It almost always takes more than 1 indication, like in the chart of John F. Kennedy, the Gemini with Moon-Venus, Venus-Neptune and Mars-Uranus aspects to need love, love romance and accelerated fire. He had his wife, he seems to have had Marilyn Monroe and still this was not enough.
It is probably hard to be fiery and romantic in a long and boring marriage, without TV or an interesting hobby. Venus is not just the planet of love, but also the planet of what you love, like your hobby. I wouldn't be surprised if Venus-Saturn was the equivalent of lack of hobby!:) That explains, LOL.
If you want to study more:
Whoopi Goldberg 'confessed' having cheated: http://astropost.blogspot.nl/2010/04/venus-and-pholus-of-whoopi-goldberg.html )
Venus-Saturn sticks like glue and makes it hard to be true sometimes http://www.astromarkt.net/astrology_to_study-html/venus-in-aspect-with-saturn-html/
Mom.me names and shames 5 possibly not so true signs and admits that every sign is a suspect...
Author Catherine Millet had a free marriage until he found a younger one: http://astropost.blogspot.nl/2009/04/astrology-chart-catherine-millet.html