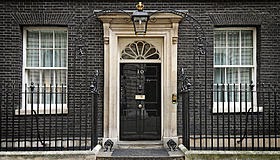 On May 7 there are general elections in the UK. It may be hard to form a government as the number of seats required doesn't match with the number of seats of any party in the polls. The conservatives of David Cameron are still number 1 in the polls, today, but they will need a partner. So, David Cameron could win, and still loose. And Milliband can win and never enter Downing Street. At least, that is what I understand about it. It explains the complicated picture in their charts. There is, however, one thing about their charts that makes me very interested in the results of the elections. That is this.
When David Cameron won in 2010, his progressed Sun was exactly trine transit Uranus. Now, in 2015 the progressed Sun of Ed Milliband will be exactly sextile transit Uranus!
Does it mean who wins and moves into Downing Street 10? Or is a Uranus transit a real surprise? And are trines better than sextile are? We will know it on May 8!
Stuff for study!

So I started to have a look at the charts of Cameron and Milliband and here I tell you what I found.
Even though Ed Milliband’s chart is B rated and David Cameron’s is A rated, that doesn’t mean that he will be second in the electionsJ.
WHAT will tell us who will win the elections?

I compared the charts and noticed that David Cameron has a stronger profile for a leader than Ed Milliband, who is more an ideologist. The transits and progressions of both reveal stress, pressure and tension right now, and that is understandable.

CAMERON
It seems that Mr. Cameron forgot to please the growing number of people suffering from the financial and economic crisis. Maybe they take their revenge on May 7? Let’s see about the charts. I ‘did’ David Cameron’s chart before and noted:

- Sun is 'calling' (not making major aspects in sign or orb 5 degrees)That is reflecting leadership (drawing attention at any possible level)- Mars is 'calling' too and so is JupiterThe combination of these 3 prominent placements points at successes.

OK, he became PM and that is about the highest position a civilian male can get.

He has Neptune rising before the Sun for the ideology (socialism, in this case) and a Capricorn Sun exactly trine Saturn, accompanied by a ‘calling’ Mercury. This mirrors a serious communicating man of hierarchy and state, especially because of his Capricorn Midheaven. Then we get to the house ruler X: Saturn. With Capricorn on MC and Saturn in 12 we seem to have a problem. But is that so?

Saturn in 12
The 12th house is not supposed to be a pleasant position for Saturn as this is seen so often in the charts of inmates. However, as almost 1/12th of the people has a 12th house Saturn, there must be another interpretation.  CafeAstrology mentions ‘plagued with guilt’ and ‘escapism’ and that doesn’t sound good either. IndianAstrology says that with Saturn in 12 you might be afraid of life itself! However, this didn’t stop George W. Bush, Barack Obama, Jacques Chirac and Vladimir Putin  to become the number 1 of the nation!
So let me interpret Saturn in 12 like this: you are the manager or in control behind the scenes and one of the best pro secret service agentsJ. I see the 12th house as the house of the media (everything that includes an image and a certain distance from real life out there). With Saturn in that house you can be a professional mediagenic person. Just watch Astrotheme’s long list of VIP Saturns in 12: http://www.astrotheme.com/celebrities/saturn/m12/1.htm including Bono and Robert Redford.

So, Saturn in 12 doesn’t mean that he won’t be MP. On the contrary.

Here is David Cameron's chart for May 7:

Now let’s compare the charts of both.
David Cameron’s Sun-Mars-Jupiter prominence shows a lot of energy and drive and chances of success. Ed Milliband’s chart only has a prominent Mercury in the natal chart. Will communicating skills be able to win?
Both have Out of Bounds Moons, but the Moon of Milliband is more 'out of bounds' than Cameron's is.

Interesting is the synastry between the candidates: the Sun of Milliband is opposition the Midheaven of David Cameron (he shines when the status of Cameron is involved)? The progressed Sun of Cameron is inconjunct the progressed Ascendant (if that IS the Pr Asc!) of Milliband.
The synastry doesn’t reveal much about the results, but in my country the press mentions that Cameron’s rather good results in the field of economy are overshadowed by the fact that he forgot about the natural followers of Labour…But will he win?

Let’s see about the transits and progressions!
On election day, Pluto (for politics, power and pressure) is all around.

1. David Cameron has transit Pluto exactly square the natal Sun.
There is also transit Saturn inconjunct his natal Midheaven. That is a very difficult aspect. I have seen this transit before, when people fell off their pedestal or lost their position.  But let me remind you of Obama, winning with heavy bad Saturn transits: they were related to the family.

2.  Pluto is pretty close to the supposed to be (B rated birth data actually means: unsure) MC of Milliband.
He also has a frustrating and painful Sun semi square Chiron in the progressed chart, exactly (!) and there is in a Saturn inconjunct Saturn period of life (when you have to let go of certain ambitions).

Both have their problems. Charts don’t ‘predict a winner.

TRANSIT URANUS - PROGESSED SUN
There is an interesting similarity that is worth studying.
In the chart of Cameron in May 2010 - when his party won - he had progressed Ascendant square Jupiter. That was also with transit Uranus exactly trine his progressed Sun.
Now Milliband has transit Uranus exactly sextile Progressed Sun...! And if he was born just 5 minutes later, his progressed MC will be trine Jupiter.
So after May 7 we will know if the harmonious aspect of transit Uranus with progressed Sun means that positive change (and winning!)
(Just thinking: One of the things that leaders in the USA and UK have to face when they win or loose is, that they have to move out of the house. That is stress, that is change and that is suddenly. Very Uranus!)

MORE TO CONSIDER
For a better check, I tried to include the MC of the final moment on Election Day, but there is nothing much to see except that the Moon of that moment is in aspect with the Jupiter’s of both men. Maybe at that time it's still unknown who wins and both are still full of hope.
I also wonder what it means that they both have an angular Ixion in their Solar Return charts. Should this indicate the prominent theme of guests and hosts and ‘the bad guys’? Or does it mean that they point at each other for that? And Cameron has a SR with Sun opposition Uranus (...) AND Mars trine Jupiter, exactly. While Milliband's SR has a perfect trine between MC and Jupiter.

In June, Ed Milliband will have Jupiter inconjunct his MC and David Cameron's Progressed MC wil receive a trine from Jupiter.
Very confusing!

SO...
Well, we’ll see it on May 7. There is no real victorious happy aspect, only Pluto for Politics and Power struggle. And as Europe is in charge in many ways, it doesn’t make much difference who wins, I’d say. Except for the persons and parties involved, of course…The fact that Milliband has the same kind of transit/progression as Cameron had in 2010 makes me think that Labor has a better chance. But it is a transit of Uranus and you know Uranus...Uranus is the symbol of a surprise and of sudden change and... of nerves. Uranus transit won't tell us what kind of a change it will be until it is time.

LINKS
http://astropost.blogspot.nl/2010/03/david-cameron-on-june-3.html On David Cameron's chart with transits and progressions for the first days in charge