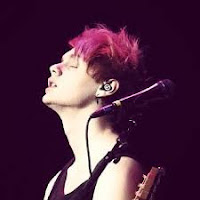 Michael Glifford plays the guitar in the band '5 Seconds of Summer'. He got too close to fire works and burned his head (see the news ). Mars is the planet of fire. The incident happened on a day with transit Sun square his Mars, Mars square his Mars (too) and transit Chiron square Mars in a year of progressed Sun square Saturn. Those aren't the sunny kind of years. If you want to check it: Michael Glifford was born November 20, 1995 in Sydney.

There are few sunny Saturns.


That is why it doesn't look so good that the Saturn of Sofia Hellqvist is square the natal Sun of Prince Carl Philip, as it means that there are barriers and limitations and restrictions regarding their relationship. She became a Duchess when she married, yesterday. That was the day that Spanish princess Cristina was a Duchess-no-more. Her brother, the king, took her title from her with transit Saturn square progressed Mercury (symbol of brother). They are probably friends no longer... She has to face the judge again because she is suspected of fraud, together with her husband. That started with transit Saturn inconjunct her Midheaven (read it here: http://astropost.blogspot.nl/2013/05/saturn-inconjunct-midheaven-and-lost.html ) which is the equivalent of falling off your pedestal, even though the inconjunct is considered a minor aspect (and some astrologers don't consider the aspect at all).

Back to Sofia Hellqvist and Saturn. There is a minor**) Sun-Saturn aspect in her chart (157.5 degrees), so that she fits in the list of royal spouses with Sun-Saturn aspects in an earlier post. Now she marries the man whose Sun is in hard aspect with her Saturn. She did it with progressed Sun conjunct Jupiter (success) and Venus sextile Neptune in the progressed chart (romance). Here is the chart of her husband with (in transit) the positions on the day of birth of Sofia.

I'm not planning a complete analysis of their synastry or their charts. It is just that Saturn-Sun aspect that caught my attention. Saturn has rings. It seems to have been hard to put the ring on Sofia's finger yesterday. Maybe that was just all:).

You see Saturn in the chart of John Nash, when he died: http://astropost.blogspot.nl/2015/05/beautiful-mind-john-nash-died_25.html