The Astrology of Terror 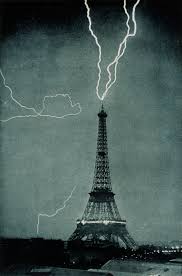 On Friday November 13, 2015 dozens of innocent men and women lost their lives in Paris. What can I say about this horrible drama? There are no words fort his. It feels just like September 11, 2001. That felt like a turning point, like war.

I wish that I could say that astrology helps to prevent any such act of terror by looking at the positions above and that astrologers could predict this kind of attacks, for the given time and place. But that is not so. Charts reflect events, not the other way around. Circumstances and situations color the aspects.
There were of course general indications for heavy times and possible war acts in the mundane charts. The crisis may be over but there is Neptune in Pisces in the first 10 degrees (Migration, see ….) and there’s still an explosive war in Syria, in Iraq, in Afghanistan. And there is more:

1.   In ‘The Uranus square Pluto aftermath’ I mentioned the fact that AFTER the Uranus-Pluto square there were the Years of Terror in France (with the guillotine) and that this ended with Saturn square Uranus. We have to wait till 2011 for Saturn square Uranus! I hope that this doesn’t mean that there is no end in sight for the coming 5 years, but I fear it does.
2.   The Astrological New Year’s chart of 2015 (I mean Zero Aries) had Mars conjunct Eris. There is such a conjunction every 2 years, but not in a New Year’s chart. It is an aspect that signals a possible beginnings of war. Mars was opposition Zero Aries yesterday.
3. In the myths, Mars is the ancient god of war. Eris is the goddess who caused discord and laughed when the other godesses faught for her golden apple. The chart of November 13, 2015 had Mars in a 157.5 degree minor aspect with Eris. Mars was opposition Midheaven and the elevated Eris was half semi square MC when the first explosion was heard. There is also Uranus on top of the chart.

Mundane aspects are valid for the whole world but they get their meaning in certain situations and circumstances. But people all over the world will somehow notice what happened there. We are all in Paris, in our minds.