It is amazing how the Venus in Scorpio of Vladimir Putin is trine the Venus in Pisces of Recep Erdogan! This should mean 'mutual sympathy' (at least!) but there are complications. Venus of Erdogan is inconjunct the natal Sun of Putin. On Astromarkt (http://www.astromarkt.net/astrology_to_study-html/synastry-inconjunct-html/ ) I wrote about that:
‘Sun inconjunct Venus synastry: loving a person who just doesn’t seem to deserve it.’
First of all they are (I think) hetero sexual males and second (but not last): they like to rule and don't like to be offended. Their charts are part of this post, but first I like to mention that Venus in Scorpio rules December and that that is good for Scorpio, Pisces, Capricorn and Virgo. There is also Jupiter in Virgo, very nice for Virgo, you'd think. But as Venus in Scorpio and Jupiter in Virgo are not at all in their own sign, they are weakly placed. That is why you might expect to get Christmas presents like towels with a sexy guy or girl or even socks with the text 'I am sexy'. I am just warning! It is because Venus in Scorpio is:
"Challenges in love and relationships...It is all or nothing for you in love. Some persons with this placements had problems and decided it will be a Venus in the desert forever. But when the aspects are good: strong and fanatic love and deeply true!"

Here is the chart of the Turkish' president (source Astro.com) with transits and progressions. The prominent positions of Uranus and Mars is the prominence of the short fuse. Sun in Pisces and Moon in Sagittarius tell us: ‘Your greatest resource is faith’ according to http://universal-tao-eproducts.com/mp/files/sun-moon_pisces-sagittarius.pdf.

When the Russian SU-24 was shot, his Saturn was opposite the Moon and his Sun in conflict with transit Mars (inconjunct), Saturn (square) and Neptune (conjunct). Even though the transits reveal a bad move, Erdogan will be supported by Obama and the NATO. Even the migration crises seems to help him (visa free entry to Europe for the Turkish people). It might be that the elevated position of Jupiter in his solar return of 2015 helps him. But it won't last forever. Erdogans progressed Sun will be inconjunct Mars within a year. It looks like transit Mars inconjunct Sun repeating itself. And there will be progressed Sun opposite Saturn and quindecile Neptune. The same transit combination of the incident will come back in progression and show loss and isolation. His progressed Ascendant is now square Uranus (tension) and transit Uranus will be conjunct progressed Ascendant in March 2016, for more tension and surprise.
AND HOW IS PUTIN?
Vladimir Putin has to deal with Pluto (see: http://astropost.blogspot.nl/2014/04/putins-grand-square-and-14th-degree-of.html ) again. A while ago I wrote on Astromarkt (http://www.astromarkt.net/horoscooplezingen-html/horoscoop-vladimir-putin-html/) about his solar return with Sun square Pluto and mentioned stress related to Syria.

Politics are complicated. But the fact that Putin's Neptune is in hard aspect with Erdogan's Sun shows that he was mistaken in the man who doesn't like opponents, just like he doesn't.
Let's move over to VenusOver naar  Venus in december… 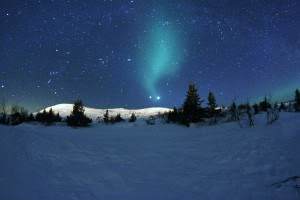 VENUS IN DECEMBER
Venus  is the planet of beauty, love, fun and everything that is nice. If you want to know how nice your holidays are going to be, check Venus! And for the positive idea, see where Jupiter is. The fact is, that both planets are in the wrong sign in December. Venus is in Scorpio. That makes love intense and rather complicated. Jupiter is weak in Virgo. It is the jolly good Santa bringing you a stockings or shirts! And this time, Venus in Scorpio will be there to add a text like 'I am sexy' on your socks. I am just warning!:)...

Venus in Scorpio is pleasant for Cancer, Pisces, Scorpio, Capricorn and Virgo (double blessed, with Jupiter in Virgo, too, especially those born between September 14 and 17). Those signs know how to handle Venus in Scorpio! Did you know that Bruce Springsteen also has Venus in Scorpio?
On Xmas Eve there is a nice sextile between Venus and Jupiter around 22d54m. If your chart (or progressed chart) has any position in the 23rd degree of Virgo, Scorpio, Taurus, Leo, Aquarius, Gemini or Capricorn, than plan your party on December 24 2015! Venus-Jupiter aspects are great for fun. Also check the midpoint Venus/Jupiter or your natal midpoint Venus/Jupiter for very nice moments (and not just in December). The not so nice effect of Venus-Jupiter might be 'gaining weight' but you won't notice until later:).