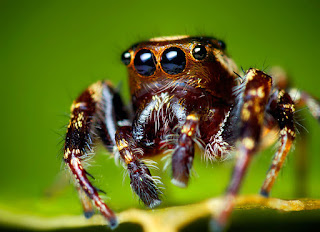 In 'The astrology of terror' I mentioned Mars, Uranus and Eris as important indications in a chart (see: http://astropost.blogspot.nl/2015/11/the-astrology-of-terror.html ) Today I like to tell you more about aspects with Eris and their possible meaning and about the Mars+Eris combination. This combination is prominently present in the charts of acts of war (like terror). You can see it in the charts of:
I wish that knowing this helped! But, because there are more of such aspect combinations each day, there are also moment for a possible attack each day, everywhere. Charts of the persons involved, the nations and the mundane hart... they all contribute to the picture. Mars and Eris also pop up during 'little wars', like Mars of one woman in conflict with another lady's Eris (and fighting for a man:).
How to see Mars-Eris in the natal chart? I wonder: Recep Erdogan has Mars trine Eris: it must be easy to start a conflict with such a trine...  Eris is still rather new in astrolog. She is Malafide, ruining the fairy tale for the Sleeping Beauty. I'll play with possible combinations. For example: Eris + Ascendant might upset relationships (to be or not be the one throwing the golden apple:). Moon-Eris: used to discord. Mercury-Eris: bitchy words? Eris+MC in the most positive sense: mediator? Venus-Eris: like to have conflicts (and make it up). And Sun? I have an example.
Samantha Lewthwaite, terrorist daughter of a British soldier, has Sun sextile Mars and trine Eris (with Mars wider opposite Eris).She was born December 5, 1983 (4 positions in Sagittarius, Jupiter between Sun and Neptune and Mars exactly sextile Uranus, all to match the pattern of terrorists that you see in the earlier post mentioned above). Doesn't Sun-Mars-Eris also refer to her father's profession, perhaps? I like to read Sun-Mars-Eris as the combiation of a life connected to war, battle and discord.
Lewthwaite was born on the same day as a children's party in my country (December 5, Sinterklaas). There is a lot of fuss around that tradition right now. One of the things people do with Sinterklaas is putting a 'surprise' in a boot or shoe. May it not be an Eris Militaris (the spider above)!
PS Mars is now in 13th degree Libra. Retrograde Eris is in the 23rd degree of Aries. Midpoint Mars/Eris is in the 18th degree of Cancer/Capricorn today.
LINK
Eris was of importance in the charts of the Kouachi brothers: http://astropost.blogspot.nl/2015/01/eris-and-charts-transits-and.html