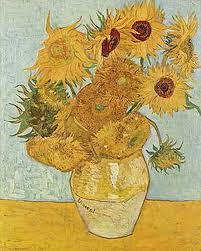 If there are dramatic solar returns, there must be some happy ones, too! I found the following examples of happy solar returns. They are valid for years of expecting a baby, getting married, winning election, a coronation and meeting Mr. Right. In these solar return charts symbols of motherhood and success are  on the angles or elevated.


1. Expecting a baby with Juno and Ceres
Juno (marriage) and Ceres (dynasty) are on the horizon (the line Ascendant-Desendant) of Prince William this year. This is to tell us about the importance of marriage and genes in 2012/2013.

2. Winning elections with Jupiter
In April of 2011 and again after the elections of 2012, I pointed at the SR of Obama in 2012: Jupiter on Midheaven! That is a sign of success. Here is more on that solar return chart:

Dutch Queen Beatrix's coronation day was April 30, 1980. In that year her solar return chart had Ceres (dynasty!) elevated and Venus, ruler 4, on Midheaven. This signifies happiness, wishes coming true and the importance of genes above all!


4. Year of marriage or engagement with Venus:
- Prince William's SR for 2010 gives not much reason for the engagement and wedding  in the year to come, except for the position of the elevated Venus. But there were many other indications that you see here (like, for example, the important progressed Venus conjunct Sun): http://www.astromarkt.net/willam-and-kate-wedding-and-charts.html

- The Moon and Juno were on either side of the MC, and Venus close to the AC in the solar return chart for the year of the second marriage of Princess Margarita of the Netherlands.

And I have examples of the 'common people', too....
I know of someone with Venus ruler 7 on Midheaven in the SR chart who got married that year and another person with Jupiter ruler 7 opposition MC in the SR-year of meeting her later husband


So if you have such placements in your solar return this year: Happy Solar Return!:)