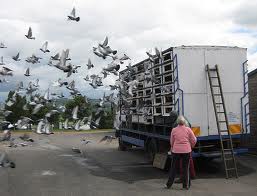 Uranus square Pluto, change and problems in economy and crisis don't give much hope. But Jupiter always does! Transit Jupiter conjunct, sextile, trine and even square, opposition or inconjunct your Uranus promises good news. We all benefit when transit Jupiter travels through Gemini and Cancer in the next two years, even if it is because others in your family or community see a way to escape the negative trend and fly away on the wings of transit Jupiter with Uranus. One day it is YOUR turn...
My personal experience with Jupiter-Uranus transits is that they bring good news or positive change, like when I moved to better houses or when I heard positive news from the doctor. This blog is about the moments of transit Jupiter with YOUR Uranus.

Jupiter moves through Gemini and Cancer. Those are the signs where Uranus was between 1944 and september 1955. In June 2012 Jupiter changed sign to Gemini. Those who were born between May 1942 and August 1945 already experienced transit Jupiter conjunct Uranus between June 2012 and now. If you were born between April 1944 and August 1945 and you haven't yet noticed a positive change, you will have a second chance in the first months of 2013.

Between January 2013 and January 2015, Jupiter moves from the 7th degree of Gemini via 20.5 degree Cancer and back to 10d26 Cancer. Those born between 1944 and 1955 have transit Jupiter conjunct Uranus in the next years. Babyboomers AND other generations will be able to find out what transit Jupiter-Uranus will mean for them. Especially the generation of Uranus in Scorpio will be blessed. They will have transit Jupiter in Cancer trine their Uranus. Of course, there is a stronger effect for those with an important Uranus or Jupiter and those with a Jupiter-Uranus aspect in their natal chart.

Have a look at the progressed chart too for the second chance:)! And don't forget that minor aspects like quintiles, septiles, noviles, biquintiles and binoviles or even quatronoviles might have a major effect. It goes to far to mention all the possible moments and birth dates.

I love your blog! I'd like to invite you to check out mine as well...http://Awisesouloncesaid.blogspot.
I love it when I find people who are like minded! And when its astrology its always a plus!
Thanks for sharing!