This blog is about the chart of New Year 2013. It is a different chart in every other country, of course, but some things remain the same amid the firework. Venus conjunct Pholus in 20-21 Sagittarius is one of those things. If you have the Sun, Moon, Ascendant, MC or sun/moon midpoint in your natal, solar return or progressed chart and in the 20th - 21st degree of Sagittarius, Virgo, Gemini or Pisces you start 2013 with Venus and Polus in aspect with your chart. What does it mean? A desire to make a change, but: with the risk to throw your own glasses or shoot your own foot. It may look pretty difficult to make choices and start changes with Venus-Pholus, but somehow, on or around New Year's day the desire starts growing. It is a desire to make things better, nicer, more comfortable, more peaceful and more beautiful. And this desire is in the chart of New Year's day for everyone,  if you like to see the chart of New Year as valid for your 2013.  At least, that is what I hope that it means. It might be the first time that Venus is conjunct Pholus in the chart of a new year, so let us all watch what happens next!

This is the chart of 2013 starting in Tokyo, Japan:

1 WE have PHOLUS
Pholus is the symbol of the turning point, the creation of a change in future that you may not be aware of during the transit or progression, but that you recall later. Example: the impact of the death of JFK on young Obama was reflected by Pholus. It is like a marking point. Maybe Obama would still have had the ambition to be a President anyway, but he remembered that specific moment as an important key point, later.

2 WE have VENUS
Venus is the planet of wishes, of fun, pleasure, desire, synpathy, love, style, and sweetness.

3 WE have VENUS conjunct PHOLUS
Venus and Pholus join forces to start changing your ideas of what is nice, fun, good and lovely.
Those who will be born around New Year's day may have the power to change people's style and taste, just by being who they are: catalyst when it comes to what is considered to be good and nice.

20-21 MUTABLE SIGNS
Venus is in the 20th degree and Pholus in the 21st of Sagittarius on New Year's day. If these degrees mean something to you, and IF you consider the January 1 chart valid for 2013, you may be interested in the possible meaning. When Venus is on your Sun or MC or Ascendant, something nice comes your way. When Pholus is on your Sun, MC, or Ascendant, your world starts changing but you don't notice immediately. If they come together, hand in hand, it might be something pleasant that starts the change.

Maybe the 20-21 degree Pisces, Virgo, Sagittarius or Gemini will meet someone who starts changing their world, with kindness. Perhaps they watch a movie or get a present that changes their views (Sun), ideas (Mercury), position (MC), motivation (Sun/Moon) or situation (AC). I don't know. I am one of them with Sun and Midheaven hit by Venus and Pholus.  Venus will be on my Sun and MC on New Years day. I expect it to be a nice day:). I will be back later next year to tell you if the January 1 chart with Venus-Pholus hitting my chart meant something for me. I am also interested in your experiences, so I will remind you of this post in the months to come and ask you to tell me what you found to be the meaning of Venus-Pholus on New Year's day.

2013
Fact is, that at 00h00 local time on January 1, 2013, Venus and Pholus are opposition Midheaven in Iceland. I wish the Icelanders a prosperous start of the new year and I hope that something started to make life better over there! Or will it be nice fire work only?:)
We will see... 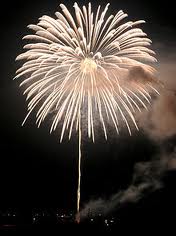 AND HAVE A GOOD, HEALTHY AND PROSPEROUS NEW YEAR.