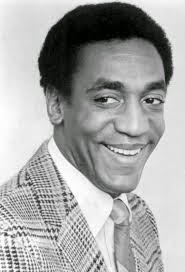 Sleeping dogs wake up when Pluto hits charts. Bill Cosby is being confronted with accusations of rape dated 20 years or longer ago and the number of victims increases. Pluto is the ruler of his 8th house, the house of life and death, the house of sex and crisis. Pluto is all around in his chart today. When there are more than 2 indications pointing in the same direction, there is almost always a noticible event.* Here is the chart with transits and progressions for now:

The 3rd aspect (P Mars inconjunct Pluto) is especially strong because of the fact that there is a minor aspect between Mars and Pluto in the natal chars: Mars 112.5 d Pluto (square + half semi square). Minor aspects often signal the not so visible characteristics of a person that may have major impact at a certain point in life, like in the case of O.J. Simpson...

Mars-Pluto is often involved in cases of brutal force and the drive to master and win. Nevertheless, charts can't be used as a tool to tell if a person is wrong or right, as both victims, prosecutors and thos 'who did it' often share this aspect of the theme of intense drive and aggression in their charts. Circumstances, gender and conditions have to be considered as well.

Bill Cosby's Pluto is indeed challenging! The threefold presence of Pluto in his chart today tells us about a confrontatational crisis. Damage control may be needed or more... When Pluto is around and sleeping dogs wake up, you may have to defend yourself. It is not the first time that Bill Cosby's name is mentioned related to sexual assault. The first time was in 2000. And that happened to be with Progressed MC square Pluto. Here you see it:

LINKS
http://www.astromarkt.net/minor-aspects.html
The case of O.J. Simpson...(Quote: ' the chart behind the chart')

* I say "almost always" because there are, always, exceptions.