Today we remember that 25 years ago the European communist regimes started to fall with the Berlin Wall to begin with. Here is the chart for that moment. Watch Saturn conjunct Neptune (detachment, mostly involuntary and in this case: the end (Saturn) of an ideology (Neptune)).
Very much in line with the event is the horizon. Ascendant conjunct Ceres (the importance of dynasty, genes, family) and opposite Saturn/Uranus midpoint (the midpoint of restricted liberty and the rebellion against it).

Saturn/Uranus midpoint is now sesquisquare my Sun. A little black dog is sort of restricting my liberty, while I sometimes have to limit hers. See her protest below! And think of it: circumstances (political, economical, social) are the key to the way and the degree of restricted liberty. Mine is rather nice and probably temporarily. Hers will be less strict when she knows where to pee. And that is how transits go by. For many people in the world there is no freedom on the horizon. But it was on November 9, 25 years ago, for the people of the communist part of Germany. 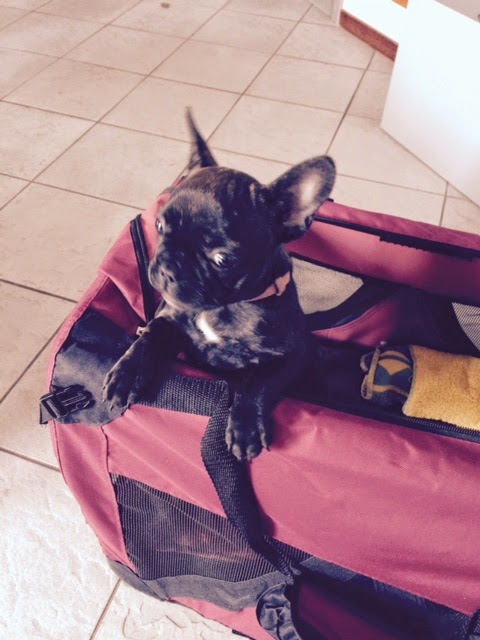