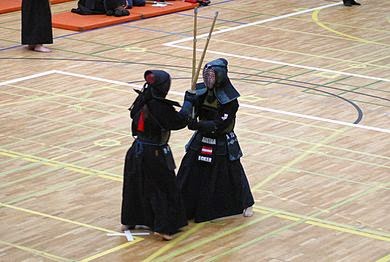 Yesterday, I looked at the charts of children who died within 3 days in a fire, and I decided not to publish about it because I can imagine the pain of the parents, still. This week I was studying the chart of an executioner (born August 17, 1988) and I had found the same aspect combination in his chart as in the charts of the children. He has Mars inconjunct Pluto (and Pluto semi square Saturn, by the way, to complete the combination of untimely death). They had Mars square Pluto (and one of these 2 on an angle). Mars-Pluto aspects add stress to work and action and danger to acts. It is also an aspect that symbolizes a strong drive to win (at any cost) and to (have to) defend or protect yourself. In politics it means that there is always a strong (and sometimes dangerous) competition to deal with. Hillary Clinton faces problems now, in March 2015.

Hillary Clinton has Mars conjunct Pluto in her chart. This aspect is square Venus.
That means intense (Pluto) passion (Venus and Mars). It is the combination of the item of the use and abuse of force, influence or violence (Mars-Pluto) and the money issue (Venus-Pluto). Or a passion (Venus-Mars) for politics, that, too. See the number of examples (just click the label 'Venus Mars Pluto'). There is also a danger in Mars-Pluto (injuries, enemies and ... difficulties with men).

Fact: I read that her husband Bill has a mistress and that he refuses to stop the affair so that his wife has a better chance to become the next president of the USA. That is rather difficult. So is divorce. How about a female President without a husband in 2016? International Women's Day is not celebrated because there is no need to improve women's positions. It is crazy, but a female President with a cheating husband seems to do better in the polls. And her (wide) Venus square Saturn maybe helps her to stick to her man. Quoting my own blog 'Astrology&Love'):


Just an observation: Hillary Clinton has a tight conjunction of Mars and Pluto. Bill Clinton's Mars is angular and Pluto rises right before his Sun. That shows the importance of their political (Pluto) activities (Mars) for both of them.


Bill and Hillary don’t match, at least: their signs don’t match. Their long lasting relationship is exceptional, also in astrological terms. It is a relationship between two very ambitious political strategists and idealists who joined forces. You can see that: there is a minor aspects between their Mars, a septile. Septiles have to do with inspirations.What Bill does inspires Hillary and vice versa. Even their competition is inspiring to them.

Oh well, that is what is to be expected with Mars quintile Mars. We only see the outside of the relationship, so we can't be sure, can we? We can't even be sure about her hour of birth. Here is the possible chart (source is Astrodatabank, telling us we can't be sure...):


MERCURY-SATURN for limited communications.
Last week the newspapers reported about Hillary's emails not being sent the correct way while she worked for Obama. Any correspondence is ruled by Mercury, in astrology, and hers is on the Ascendant (if Astrodatabank is correct about her hour of birth), so very important. Saturn - the planet of timing- is exactly square that Mercury so it took some time for the email problem to 'emerge', exactly now that she plans to launch herself as a candidate for the presidency.
It probably won't stop her. She has a strong drive (Mars for drive joining Pluto for force). And Mercury-Saturn isn't bad for politics at all. Her Scorpio Mercury square Saturn is perfect for the politician who uses a communication strategy (which means not telling to much or before it has maximum effect).

There is more in her chart that helps to win elections. Her Moon 112.5 d Jupiter is a help to get support (though it won't be too easy). And how about that 'calling' Jupiter and Sun? It is a statement for self confidence at any kind of level. For more on the chart of Hillary Clinton, see the post on the leader in her chart.

There is a nice future ahead of Hillary Clinton, but she will have to make it through the secondary progressed Sun square Neptune periode that, if I am not mistaken, started already with the revelations about her private email account being used while she was Secretary of State, with all the risks involved (thinking of Mars-Pluto) and with all the possible doubts and rumors (Neptune!). The best way to deal with negative press and rumors is to keep things clear and open and have no secrets to reveal...The former First Lady has a Scorpio Sun and a Pisces Moon and is likely to be very discrete with this combination.

DOES THE CHART SHOW A PRESIDENT?
There is a 'Presidential potential' (see http://astropost.blogspot.nl/2010/10/leader-in-chart-of-hillary-clinton.html )
but as always conditions, circumstances, gender, age and (in politics) the attraction of the others make the difference. Just like the Mars inconjunct Pluto aspect in the chart of the executioner doesn't mean that all born with that aspect will become an emotionless killer, the potential in a chart is not predictive. The fact that she is a top politician with influence and many supporters AND the wife of a former President, is the difference between her chart and that of all those who where born on her day of birth, like:

I wonder in what way Progressed Sun square Neptune  and the lucky aspects with Jupiter in the autumn of 2016 will manifest in their charts...It will be different. They don't want to have the number 1 position in Western politics.