With the article of Claire Chandler on Astro.com*) in mind (and even before I read that article), I am very careful with predictions and seemingly choosing sides in politics or any other fiery matter. I try to be as objective as can be, though I know that pure objectivity isn't a human thing. It is even more necessary to stick to the facts, when it comes to Donald Trump. He seems to have more enemies than friends. Yes, Donald Trump may not even be the most popular person in the world of astrology as well. Yet, he is the prime Republican candidate in the USA right now and that is interesting What in the chart shows it, I wondered. Picture this: British MP's tried to forbid him to enter the country and called him names! So they probably already know that he won't be the next POTUS. It would be so inconvenient to have to say sorry, after November. Until then, and maybe for a shorter period of time, he will be running and that makes it interesting to see why he is so popular among the Republican voters.

Will this last?
Jupiter-Ascendant (in the progressed chart) is almost overdue and so is Sun-Ascendant. On Election Day, Mars will be opposition MC in his progressed chart. The polls say that running Clinton is still ahead of him (see http://www.realclearpolitics.com/epolls/latest_polls/president/ ). So maybe the British MPs weren’t taking much risk when they called Donald Trump names. I haven’t heard much about what Republicans say about Clinton (in the European press), so perhaps they all know the results of the Presidential Elections alreadyJ. Prognosis is not just for astrologers! It is like when they choose the Chairman (or woman, in this case) of the Dutch parliament. They talked for hours and hours, asked the candidates a lot of questions and before all that someone on Twitter had already calculated the seats and told as that the winner would win as she did. So they all knew. All that talking…Donald Trump won’t mind. He has a natal Mercury Out of Bounds (and Pluto, too). That is an off side Mercury, communicating without restrictions, for those 'speaking their minds'. For the way to answer that, here is Graham's hierarchy of disagreement. 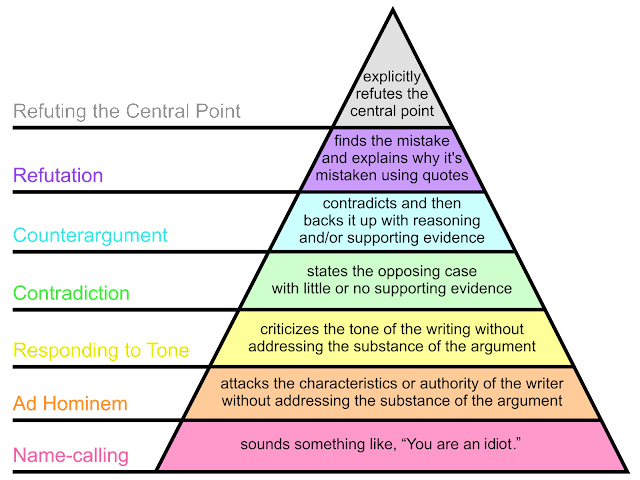 *) http://www.astro.com/astrology/aa_article160104_e.htm
Claire Chandler ‘When an astrologer speaks’
I recommend that you read this article. In short, it is about the impact of words spoken by astrologers and the risk to become the beheaded messengerJ. She advices not to predict negative things if you don’t want to be seen as the partner of doom (well, those are my words, but you know what I mean, I hopeJ).

My 2010 view on Donald Trump in politics: http://astropost.blogspot.nl/2010/11/donald-trump-for-president-about-pluto.html

Jupiter was plodding across his natal ascendant this fall and then made way into the second house, where it is now. Progressed Jupiter is in the 12th (as you say, close to ascendant--I hadn't noticed this until you pointed it out!) but it is interesting to note that the aspect is separating. Jupiter Return is some time in December, but before this it will transit the Juno+Chiron conjunction, all square to transiting Pluto. It could be that his personal insecurities are amplified and aggravated.

Solar Arc Pluto is close to conjoining natal Jupiter. This and the progressed Jup con progressed Asc are kind of supercharging him. Yet, his natal Pluto is in the 12th. I don't know that it really serves him: it rather seems to promote his "self-undoing". The question is, how many people will he take down with him?

Days prior to the election, Mars opposes natal Venus+Saturn. Progressed moon is about a degree away from Saturn at the same time.

I mention this as a way of indicating some other mitigating factors. Of course it's hard to predict: it could be his good fortune to lose the election, or his bad fortune to win it. We'll have to see!

I'm praying his racist ass loses. I did a horary about it last year and haven't come to a conclusion yet