Ambition in the chart

A Ferrari is a cute and fast car. It is an ambitious car, too. But it is not about the car here. It is about  a doctor with the name of the car. And about signs of ambition in the chart of his day of birth. 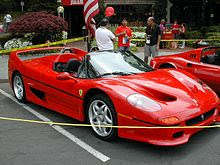 Doctor Ferrari (March 26, 1953, Ferrara) is said to have received a million dollar following his advice to Lance Armstrong. That is a lot. And Lance Armstrong was not the only one... What does it take to be able to receive so much money for such advices? And what has he got (apart from the knowledge)?

1. Saturn! Saturn rises before the Sun in the chart of Ferrari. It is the symbol of the manager, the one with an official degree and 'classics'. Becoming a doctor is gaining status.

2. Moon in Leo. That is a good Moon for the need to be the boss, be the star and be the king or queen. You shine like a star when Moon is in Leo.

3. The 'calling' Sun. When the Sun doesn't make major aspects in sign or orb 5 degrees, you have a special urge to draw attention, somehow, anyhow. Perhaps as a 'star' or a leader...

4. A combination with Jupiter and Pluto helps you to be a success. Doctor Ferrari has Sun semi square Juptier and sesquisquare Pluto. The Sun-Jupiter-Pluto combination increases self confidence.

5. Discretion! (Mercury inconjunct Neptune and inconjunct Pluto, in a Yod)

It is the combination that does it! Those qualities are also the qualities needed for top politicians (discretion, ambition, being serious and drawing attention/being a leader). At least two politicians were born on the day that Michele Ferrari was born.  http://en.wikipedia.org/wiki/March_26).

But there is also something difficult about the aspects on his day of birth. The Mercury-Neptune inconjunction can cause legal problems, too. It all depends on the whole chart, the situation and the choices that one makes. See the examples (use the label Mercury Neptune). It won't be the first time that doctor Ferrari is in trouble.

In 1999 Ferrari told the world that he worked with blood doping. This openness (P Sun conjunct Jupiter) in good times turned out to be wrong in 2002, when he was being prosecuted but found not guilty (lack of evidence). In 2002 Progressed Sun was inconjunct Neptune.

At the moment transit Uranus is square his Sun. You know what transits of Uranus do? They amaze, surprise and shock you! With Uranus hectic and nervous times are coming. And when you are a VIP, you get attention (wanted or not) with transit Uranus.

PS Are you born around March 26, June 27 or October 28? Transit Uranus hits your natal Sun, too. You can simply be upset. You can also become a controversial person. Change is is in the air. And that is in the air for Ferrari, too.

Here is the link to the chart of Enzo Ferrari and to more about the life of the man of the car...
http://astropost.blogspot.nl/2009/03/chart-and-progressions-enzo-ferrari.html