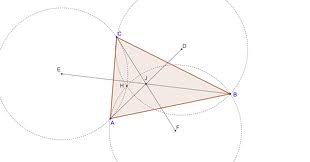 THE MIXED MIDPOINT COMBINATION
I have written about midpoint combinations before here and on Astromarkt. What I always do is: mixing the three positions. There are more astrologers who do as I do. They generally disregard the subtle differences between, for example, Sun/Moon conjunct Venus and Moon/Venus semi square Sun. I see a Sun/Moon/Venus combination in both cases. I'd note them as Sun/Moon=Venus and Moon/Venus=Sun.
The first combination is important for being motivated by beauty, women, art and pleasure.
The second one highlights a need for luxury and style.
But in the end it is all about love life, entertainment and luxury in heart and soul. That is why my midpoint combinations are 3 in 1.

THE SINGER OF INXS (MICHAEL HUTCHENCE)
I mentioned Michael Hutchence, so why not use his chart as an example. Michael Hutchence was a singer and that was easy to see in his chart. Mercury was calling (no major aspects in sign or orb 5 degrees) and angular. This double prominence reflected the importance of communicating (writing, speaking, singing) somehow and anyhow, at any possible level.

Here you see the natal chart with transits and progressions for the final day. Michael Hutchence committed suicide soon after arguments on telephone and possibly under the influence of medication, drugs or alcohol. He suffered from depression and had divorced in the year before his death. In that situation he had alarming transits and progressions.

In astrology the 8th house is the house of crisis (life and death). Inconjunctions refer to loss. Uranus inconjunct Pluto is the symbol of unbalancing dramatic change or revolution with a loss involved. Trines seem nice, but they often point at the easy way out.
When Michael Hutchence died with an exact trine of progressed Sun (ruler 8th natal house) with Neptune and transit Uranus inconjunct Pluto in 8, he also had midpoint combinations.  I counted a total of 8 indications related to what happened, but here I like to mention the midpoint and aspect combinations:

The AC/MC midpoint is the corner stone of the chart. Transit Neptune tends to weaken and confuse. With Neptune you can't really get a grip on things.
AC/MC=Neptune points at the importance of fantasy, ideals and dreams, in the natal chart. It is a gift for an artist or a prophet. But a curse in nasty situations.

2. Transit Neptunus conjunct Ascendant and Mercury
This transit Neptune was crossing the Ascendant and Mercury, too, in that same period before his death.  Mercury is for the mind. This transit confused the mind set.
The combination of Mercury, Ascendant and Neptune gives a tendency to be open for influences from outside and makes it easier to be harmed (see COSI*) or to be disappointed. It doesn't matter how you turn the combination that might lead you to the wrong paths in life. That is exactly what happened.

Remember,  if you ever have transit Neptune on Ascendant or Mercury, ask yourself this question: "Is this what I think or feel real or just my wrong concept of reality?" Transits of Neptune are often simply just too negative or too sad. Neptune is the symbol of romance and in those romantic days of the 19th century, Neptune could kill you softly by making a drama of things and drown in tears. An example: http://astropost.blogspot.nl/2008/08/neptune-for-killing-you-softly_08.html

Also visit: Astromarkt.net for example about midpoints and how to calculate and interpret them; or use the label 'midpoint' for more...