To win elections or not, and astrology 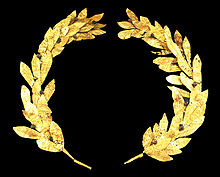 As it takes two to compete, here is the list of aspects for both candidates. Important periods in life are almost always marked by a lot of transits and progressions...
OBAMA's TRANSITS AND PROGRESSIONSThere is no glory in Obama's chart. He  won another 4 years but there are no easy times coming up. Here you see what transits and progressions where valid during Election day. 1. The progressed Sun's first aspect after changing sign was a trine with Jupiter. It is a sign of prosperity and a fotunate start of a decade. For someone who wants to win elections, it is a positive signal.
2 Jupiter was on Midheaven in the solar return chart (in Washington) for a happy birthday and hope for the year to come.3. Transit Quaoar still trine Progressed Ascendant shows new perspectives.4. Transit Mars trine Progressed Ascendant refers to action. Together Mars and Quaoar find it easy to cooperate in order to create a new horizon.5. Obama's chart has good relations with Sirius, also on Election day. Sirius is the symbol of high office.6. His natal Sun was right in the middle of midpoint Venus/Jupiter (a party!) on Election Day
but also:
7. Transit Pluto opposition Sun/Moon midpoint is about challenges and problems to overcome (including a lot of stress, like with elections). Things won't be easy. Transit Pluto will be opposition progressed Sun/Moon soon...8. The progressed Moon in Aries was square progressed MC for emotions (and showing them!)
!The nasty transit of retrograding (!) Neptune inconjunct progressed Sun will be back, but on Election Day there was more than 1,5 degree orb. The negative influence of Neptune wasn't valid on Election Day! Neptune refers to negative press and more...(More about the Neptune transit here.)

Sum: There is a majority of positive signs. Six out of the 8 mentioned transits and progressions were of a positive nature.
ROMNEY's TRANSITS AND PROGRESSONSNow what shows the chart of Mitt Romney? He had a lot of votes, but he lost. See the list:1. Progressed Moon in Libra sesquisquare Jupiter and semisquare progressed Mercury, with P Mercury opposition Jupiter: that is a sign of a successful but also frustrating period. This is the only positive sign. There is increasing popularity and successHowever, sesquisquare says 'not yet' and semi square says 'not now', while opposition means ??? (question marks).

2. The Progressed Sun is not yet trine Pholus and it will take two years until P Sun opposition Jupiter: it is too soon for a positive turning point in life. Maybe his life will be better in two years, but not now...
3. Progressed Mars will be inconjunct Jupiter within a few months: successful action with a loss involved.
4.Transit Node inconjunct (2nd quincunx!) Venus: a sympathizing group, but... A loss involved
Jupiter and Venus sound good, but in conjuncts aren't easy...

There were difficult aspects, too:
5. Transit Pholus opposition Uranus: unexpected turn
6. Transit Saturn square Progressed Saturn, after square natal Satun: that is refering to the nasty sides of age (memento mori)7. Transit Neptune square Ascendant (orb less than 1 degree) warns for deception. Neptune is the planet above the circle.
8. The progressed chart of Mitt Romney has MC square Sirius

Sum: a majority of difficult or not so good aspects and only one positive (but frustrating) aspect.
WHY DID OBAMA WIN?From an astrological point of view (and IMHO) because of two main reasons:A. No inconjuncts  for Obama (quincunxes/inconjunctions show loss and loss of balance. You are better off without them); 2 for RomneyB. No trines for Romney; at least one for Obama (the trine enables things)


Romney had a lot of votes, but not enough (in the key states)From the list you can see that it was no easy win for Obama.

I never forget to mention: time, culture, conditions, situations, so here the list is, again. It is always harder to loose if you are a President already. It will take more nasty aspects than Barack Obama had. And better than Romney had...It is a crazy idea that the results of the elections in 2012 could be 'seen' in 2010, even before the voters left their homes . What could have changed this future? Only a candidate with a better 'winning' chart...

LINK
Most astrologers thought that Barack Obama would remain the President of the USA and they had reason to think that. It was not just wishful thinking. I had the same idea in 2010 (http://astropost.blogspot.nl/2010/10/barack-obama-and-november-2-elections.html ).
That was because of the solar return chart (with Jupiter on top) in combination with the progressed Sun's first aspect in new sign (trine Jupiter) in Obama's chart.

**) I'll have Pluto on top in this year's Solar Return. That is a good reason to prepare a post about the solar return...

Also visit: Astromarkt.net for example about Mars-Pluto and the drive to win.  Or see the labels for more background info and examples.