Mars sextile Pluto and the abuse of power 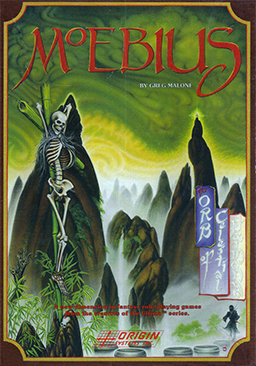 How does a seemingly ordinary mix of aspects correspond with crimes?

I already wrote about the number of sextiles and trines*) in the charts of criminals They often go for the easy way out (earning money without working, for example, or killing your hubby for the insurance money). Well, medical doctor Melvin L. Morse tortured his step-daughter by means of water boarding. Maybe it was the easiest way to test his theories on near death experiences. He told his daughter that she could remain under water for 5 minutes without brain damage…

The hardest major aspect in his chart is Mars square Uranus and there are a few more or less narrow trines and sextile, like Mars sextile Pluto. I think that this aspect allowed him to use his strength and power against his step daughter. It is not that you MUST abuse power with this aspect. It is just that it can.

Melvin L. Morse is the author of several works on near death experiences of …children. He also wrote about ritual suffocation. He was born on December 11, 1953 and on that day these were the most significant astrological positions (Astro ID). Of course, without an hour of birth the angular positions and the degrees of Moon, Ascendant, MC and Sun/Moon midpoint remain unknown.

Mars sextile Pluto is the most narrow aspect in this chart.
It is the aspect of use and abuse of power, because of the intensity of his drives and energy. Mars is also square Uranus (for the short fuse). The Mars-Uranus-Pluto combination shows the drive to forcing changes and an exceptional drive to win (taking risks) here and now.

In addition, the narrow Venus trine Eris symbolizes the love for discord (enjoying discord). Venus is also ‘calling’.  This makes him charming and creative enough to be a beloved (Venus) scientific (Mercury Saturn) author (Mercury). With Jupiter/Pluto sesquisquare Venus he had a lot of success in society.

Apply his Astro ID to what they tell us that he did,  and you almost see the reason behind it.  Sun opposition Jupiter tells us about success and question marks regarding this success. It is the same story as the ‘positive’ negative dope control: some people don’t get away with it.  How a person with such a chart became a bullying terrorist at home is maybe visible in the Moon opposition Pluto and trine Mars (intens feelings released in using violence). But it takes an hour of birth for an analysis of the progressions and transits that lead him to where he is now (in prison).

He also founded the Spiritiual Scientific Research Foundation.
The ‘spirituality’ doesn’t seem obvious with this chart of the day, but the Moon could be trine Neptune, too. Moon with Neptune and Pluto mirrors the need to explore the unseen world (and is often related to addiction to drugs, medication or alcohol, too).

For those who don't know: sextiles are distances of about 60 degree between two position in a chart, trines have a distance of about 120 degrees. They are considered to be 'easy', harmonic or soft aspects. They enable the easy flow between two symbols. Just for the record:

Conversion of some common angles[edit]

Moebius: The Orb of Celestial Harmony is a video game