When to celebrate your progressed birthday 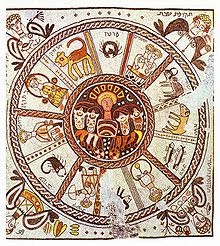 When the sun is conjunct your sun, it is your astrological birthday. (Your birthday may be on the same day or a bit sooner or later). YOU (Sun) are in the centre of attention (Sun) on your birthday. You are starting a new cycle in life that will begin again next year.

Since a few years, I noticed that when the sun is conjunct my progressed sun, I happened to be celebrating something. It uses to be a nice day. Perhaps that is the same with you? Anyway, now that I know, I do something special on my progressed birthday. Let me explain.

WHY
Why not? It is a reason for celebrating life!

WHEN? (EASY WAY)
You can easily find the progressed birthday like this:

a. start with your birthday
b. add the number of your years in the calendar
c. now you have found your progressed birthday

Mine is today, at almost midnight.

Now, it will be rather difficult to start a party at midnight in the middle of the week, but maybe I'll light a candle to celebrate my progressed birthday. And have that piece of pie the next morning!:)

PROGRESSED CHART
The progressed chart is calculated for the xth day after your xth year. There is a symbolic relationship between the movement of the earth's axis and the earth's orbit around the sun. In a day and in a year you see the whole of the universe. The progressed chart (movement in one day) gives a view of the year ahead. That is (simplified) the general idea.

All about progressed Sun, what it is and how to calculate the progressed Sun here: http://astropost.blogspot.nl/2012/02/progressed-sun-what-it-is-and-how.html

To get inspired to celebrate life:) http://www.youtube.com/watch?v=8KyE_28H5oQ