Surgery and transit Uranus-Mars re Angelina Joly and Viktor Janukovicz 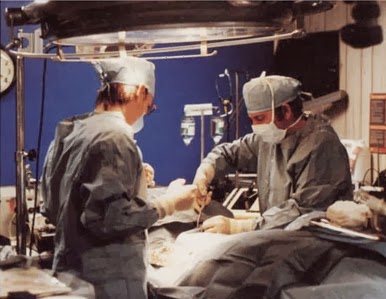 Transits of Uranus (see examples) often come by surprise. Mars-Uranus aspects are related to sudden actions, high speed, short fuses and unexpected moves. So, an accident is in line with the combination of a hit (Mars) and a shock (Uranus). Ebertin mentions 'bodily intervention' and 'injury' or 'scars' for Mars-Uranus.

Examples on this blog:


In Combination of Stellar Influences a note says that Mars/Uranus is the operation axis (but there will have to be more indications, because it doesn't HAVE to be surgery). But sometimes it does. *)

Here are two new examples of transit Uranus-Mars and what happened:

1. Viktor Yanukovych left the country (Ukrania) in a hurry and it seems that he had a heart attack soon afterwards. Transit Uranus was opposite his Mars first (and Jupiter square, for help) and midpoint Uranus/Pluto hit his Mars afterwards (and transit Pluto square Mars will follow).

2. Angelina Joly will again have surgery to eliminate the threat of cancer. Jupiter accompanies the hit of Uranus square her Mars.

Here are the natal, transits and progressions for Angelina Joly and Viktor Janukovicz. Click the pictures to enlarge…

*) Also, sometimes there is an injury and surgery and no Mars-Uranus, like in the case of Michael Schumacher (though in the natal chart Mars is semi sextile Uranus and there was an opposition of Mars and Uranus in the days of the accident. See the post on resonance for an explanation of the importance of repeated aspects in natal, transit or progression).

Singular transits of Uranus with Mars or vice versa might mean no particular harm. You can have a planned surgery in those days or see the dentist…So don't worry, just take care.