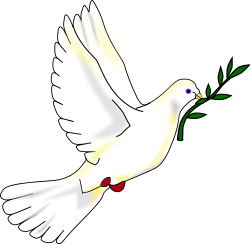 You know that Mars is the planet of competition, struggle and war (with Eris, IMO). Yesterday Barack Obama, President of the USA had a long phone call with Vladimir Putin, President of Russia and it was about Ukraine. In that republic they got rid of the leader, who was pro-Russia. In the republic is a large population of Russians AND there is a strategic harbor, so Russia wants to protect it's interest. On the other hand, the new government wants to be liberated from the Russian influence and join Europe. The eastern part of Ukraine is more willing to support Putin. What now? I don't know, I just know that right now Obama and Putin are under the influence of Mars. Putin just had his Venus return, but there is also transit Mars on his Midheaven. Obama's progressed Mars is conjunct Putin's progressed MC and also conjunct transit Mars. They are both activated, irritated and in a state of competition. That doesn't sound peaceful. But maybe John Kerry can be the bridge between them. His Prg Venus (symbol of balance and diplomacy) is square transit Mars, the progressed Mars of Obama and the progressed MC of Putin.

Here are the progressed charts of the Presidents and John Kerry, with transits.